Adult children with problems: How they affect parents’ well-being

ANN ARBOR—You did everything you could to raise them right and keep them safe, but their lives aren’t turning out the way you’d planned. Maybe they’re drinking too much. Or they’re heading for divorce. Or they can’t seem to manage their money. Or maybe they’ve been diagnosed with a serious illness. 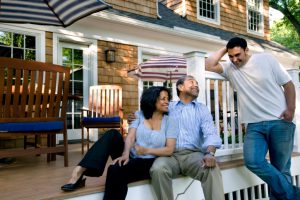 When adult children aren’t doing well, it can have a big effect on parents’ lives. Now a University of Michigan study provides details about exactly how parents are affected.

“We found that the type of problems adult children have make a difference,” says Kira Birditt, a researcher at the U-M Institute for Social Research (ISR). “And we also found that when adult children have problems, parents have more negative encounters with them, but they have just as many positive interactions.”

For the study, published online in the journal Psychoneuroendocrinology, Birditt and colleagues conducted a daily diary study of 197 middle-aged parents who reported their interactions with adult children for seven consecutive days. The parents also provided saliva samples at different times during the study, allowing the research team to assess daily fluctuations in cortisol levels – a widely used marker of stress.

The findings have some implications for parents trying to manage their distress. “Parents with adult children who have lifestyle and behavioral problems may want to focus on learning effective coping strategies for reducing stress they already have. In contrast, parents of adult children with physical and emotional problems may spend more time anticipating problems, and may benefit from strategies to help prevent stress.”

Even in the midst of conflict and worry, these positive interactions are not only possible, Birditt’s research shows, but their helpful effect may be particularly important.