How student-athletes identify themselves directly influences their GPA, according to research findings published in the June edition of Social Science Quarterly. 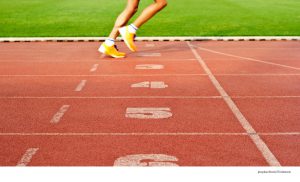 GPAs are “directly influenced by their athletic versus academic identity, the athletic context including the coach’s influence, and the seriousness with which they view academics,” said University of Texas at Dallas researchers Kurt J. Beron and Alex R. Piquero in the article, “Studying the Determinants of Student-Athlete Grade Point Average: The Roles of Identity.”

Beron is UT Dallas’ Official Representative to the Inter-university Consortium for Political and Social Research (ICPSR), part of the University of Michigan’s Institute for Social Research. Beron and Piquero focus on both female and male student-athletes in NCAA Divisions I, II and III of the NCAA. They study used data from the Growth Opportunities, Aspirations and Learning of Students in College Survey (GOALS), in which 21,000 student-athletes at 627 schools across NCAA divisions were surveyed in 2006. NCAA datasets are made available to researchers via the NCAA’s Student-Athlete Experiences Data Archive at ICPSR. The GOALS study is a unique and valuable resource for researchers. It captures many aspects of student life, including socio-emotional well-being.

“Going forward, we hope that the community of scholars replicates our analysis with the newer versions of GOALS, one that was collected in 2010 and one from 2014, when the data become publicly available,” the authors wrote, saying that newer data reflecting a changing NCAA is critical to future research on the student-athlete experience. The NCAA has not indicated when the newer versions of GOALS data will be available to the public.

Among the findings published in Social Science Quarterly:

“In sum, the consistency of findings, especially among DI and DII male and female [student-athletes], is striking,” they wrote. “Student-athletes view themselves with respect to their athletic identity in much the same way across all three divisions and similarly among males and females.”