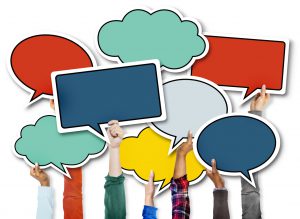 With costs for scientific sample surveys soaring and response rates falling, a growing number of analysts are turning to social media data to gauge public opinion. But are Tweets and Facebook posts really as accurate as traditional surveys and polls?

A team of researchers from the University of Michigan and the New School for Social Research is trying to find out.

Their analysis – a synthesis of existing studies on the subject and an early step in their on-going investigation – appears in the February 2016 issue of Public Opinion Quarterly, a peer-reviewed journal published by the American Association for Public Opinion Research.

The authors of the article are Michael Schober at the New School and Josh Pasek, Lauren Guggenheim, Cliff Lampe and Frederick Conrad at U-M. Funding for the research was provided by the New School and by the U-M M-Cubed initiative.

“Measures of public opinion and behavior are vitally important for shaping policy and improving our understanding of the social world, from healthcare policies and election results to the price of gas and the attitudes and habits of consumers,” the authors note.

So it’s important to explore promising new approaches, including the use of “found” data from social media that may help in gauging the opinions and views of the public.

In the article, the researchers detail the ways in which social media analyses and survey research currently align and diverge. They see their work as a preliminary step toward future empirical research into when social media and survey data can be expected to yield similar or different conclusions. 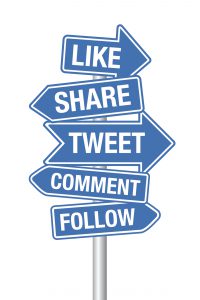 The jury is still out about whether social media responses can really replace survey responses in producing official statistics or can reliably provide accurate insights independent of probability-based surveys, they conclude.

But the field of research is growing quickly. In recent work, for example, Conrad and colleagues have explored whether Tweets not only reflect individuals’ own thoughts but also express accurate judgments about the larger social world. In surveys, for example, responses about voter expectations of who will win can better predict election outcomes than responses about which candidates voters claim they themselves will vote for. “Enthusiasm that social media data, especially Tweets, can supplement or in some cases even substitute for survey data is not yet based on a solid understanding of the principles underlying responses to surveys and production of Tweets,” says Conrad. “As we see it, progress will require understanding the connection between survey respondents’ thinking for different questions, individual Twitter users’ thinking, and the way networks amplify some Tweets and dampen others.”

Recent research by Pasek, Conrad and colleagues H. Yanna Yan at U-M, and Frank Newport and Stephanie Marken at the Gallup Organization on the stability of economic correlations over time from different survey and social media sources will be presented in May at the annual meeting of the American Association for Public Opinion Research.