ANN ARBOR—The stress of living in extreme poverty causes early onset of age-related diseases and takes years off the lives of many of the urban poor—evidence at the cellular level now shows, according to a University of Michigan-led study.

A multi-university team of social scientists, cellular biologists and community partners measured telomere length of poor and moderate-income whites, African-Americans and those of Mexican descent in Detroit neighborhoods to determine the impact of living conditions on health. 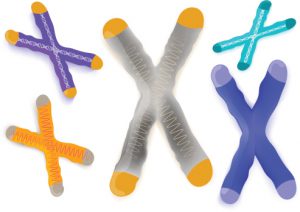 Telomeres cap the ends of chromosomes to maintain their integrity but shorten each time the cell divides. They have been compared to the plastic tips on the ends of shoelaces, as they protect the chromosomes from falling apart and from sticking to one another.

The current research is believed to be the first to link telomere length specifically to detailed measures of life conditions among the disadvantaged. Its findings cast doubt on the validity of previous research that suggests telomere length is based solely on race and ethnicity.

“Currently, residents of Detroit are struggling—whether they are white, black or of Mexican descent—in ways that measurably impact their health negatively, including at the cellular level,” said Arline Geronimus, a research professor at the U-M Institute for Social Research and a professor at the School of Public Health. “Our findings suggest that any group subject to extremely difficult life conditions and contexts will bare physiological scars.

“These findings are consistent with the view that social inequality can affect group health by placing members of different groups in more or less adverse economic, political, social psychological and physical environmental contexts.”

The study appears in the current issue of the Journal of Health and Social Behavior.

Previous research, including some by members of this team, has substantiated the “weathering hypothesis” that Geronimus first named in 1992, which says those with chronic exposure to stress and limited access to coping resources face early onset of chronic disease. The current study suggests telomere length is a biological indicator of that accelerated aging process.

A growing body of research has focused on using telomere length as a measure of biological rather than chronological age. Telomeres shorten to the point where chromosomes become functionally impaired, threatening health through cellular aging. Researchers also have shown that telomeres are shortened by factors including smoking, stress and obesity. These factors were controlled in the Detroit study.

Additional studies have concluded that some racial and ethnic groups have shorter or longer telomeres than others.

In the U-M-led study, telomere length comparisons between poor and nonpoor were inconsistent across groups, which the authors say is further evidence that differences between socioeconomic groups involve psychosocial stress and coping.

In particular, the difference between poor and nonpoor whites was dramatic, with the poor showing significantly shorter telomere length. With African-Americans, the telomere length was not much different between the two groups. Among the Mexican population, the telomere actually was longer for the poor than for the nonpoor.

The detailed aspects of socioeconomic disadvantage controlled in the study explained much of the difference across groups.

“The reasons some demographic groups have more health problems than others may stem from inequitable exposure to environmental challenges and difficult life conditions,” Geronimus said, noting, for example, that both groups of blacks have similar telomere length because often the poor and nonpoor live in close proximity and are exposed to similar stressors.

As for the Mexican poor having longer telomeres than the nonpoor, she noted that many of the poorest of this group are new to this country and live together in supportive enclaves. The nonpoor people of Mexican descent, however, often are those who were born in the United States, and may struggle with their stereotyped or stigmatized identity, Geronimus said.

Another unique aspect of the U-M study was its community-based approach. Collaborating with the Healthy Environments Partnership (HEP) in Detroit, the researchers were able to focus on neighborhood-by-neighborhood lived experiences of 239 individuals.

Geronimus said that this enabled the researchers to study comparably poor whites, African-Americans and Mexican people living in the same or proximate areas, subject to similar environmental, economic and political disadvantages; to link health indicators from the blood samples we drew to detailed HEP community survey responses from the same participants; and to wed state-of-the-art laboratory and social science with local insight.