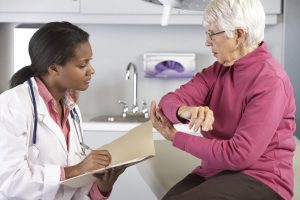 “Mortality rates dropped 7-to-13 percent among individuals 50 and older after CHCs started operating,” said Martha Bailey, a research associate professor at the University of Michigan Institute for Social Research. “CHCs also cut the mortality gap between the poor and nonpoor in that age group by 20-to-40 percent.”(Download/view PDF of the study.)

Community health centers, or CHCs, have recently taken on greater importance as part of the U.S. health care system with the recent $11 billion expansion of the program under the 2010 Affordable Care Act, Bailey said. Although CHCs have generally been thought to improve health care access and rein in costs, there has been limited evidence to support that.

The research focused on the CHCs first funded from 1965 to 1974, because the program’s early expansion presents a unique opportunity to use a research design that emulates an experiment.

The study found a significant and large impact for older patients who already had health insurance through Medicare.

“This is significant,” Bailey said, “because it indicates that subsidies for supporting services can have large effects for individuals with good insurance.”

The greatest reductions were for deaths due to cardiovascular problems. Testing for, treating and managing hypertension, a common ailment among the elderly, likely played an important role, she said.

“We expect the actual benefits of increasing access to medical services are even greater because mortality alone doesn’t touch on changes in illness, disability and other gains in health and well-being,” Bailey said. “But the research we’ve done so far already indicates that CHCs achieved reductions in mortality at significantly lower cost—particularly for the elderly—than large public insurance programs.”

The U-M study was the first to consider the longer-term impacts of CHCs on mortality rates, and to examine effects by age group, race and population density. Further studies are needed to determine whether CHCs offer the same health benefits and cost savings today, and whether they benefit younger members of the population.

Bailey’s co-author was Andrew Goodman-Bacon, the Robert Wood Johnson Scholar in Health Policy at the University of California Berkeley. The study was published by the National Bureau of Economic Research.