David A. Lam, one of the world’s leading scholars in economic demography, is the new director of the University of Michigan’s Institute for Social Research. 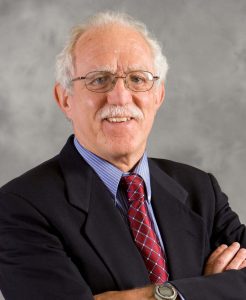 Lam currently is the chair of the Department of Economics and a professor of economics with tenure in LSA.

His five-year appointment, effective July 1, was approved Thursday by the Board of Regents. He will take over from long-serving ISR Director James Jackson, who ends his second five-year term June 30.

In recommending Lam for the role, Provost Martha Pollack said his experience as a distinguished social scientist and administrator has prepared him for the role of the director of the Institute for Social Research.

“He will lead the ISR to work effectively in partnership with university administration and other units on campus, as well as synergistically amongst its own centers. This will be critical to attracting impressive researchers and launching new research projects that will address the important challenges facing society,” Pollack said.

Lam’s research focuses on the interaction of economics and demography in developing countries, including analysis of the economics of population growth, fertility, marriage and aging. He has worked extensively in Brazil and South Africa, where his research analyzes links between education, labor markets and income inequality.

Early in his career, Lam worked with the ISR director to put in place the institutional merger of the Population Studies Center into ISR, which was successfully accomplished in 1998. This merger brought a strong international focus to ISR and, with Lam’s leadership, the establishment of a number of international research and training programs.

“ISR is the leading social science research institute in the world. It is a great honor to step into the shoes of James Jackson and the other distinguished researchers who have served as ISR director,” Lam said.

Established in 1949, the ISR is among the world’s largest and oldest academic survey research organizations, and a leader in the development and application of social science methods and education.