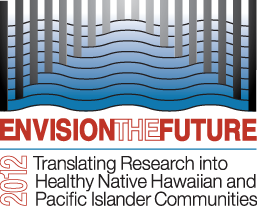 ANN ARBOR, Mich.—In the first study to detail the health of Pacific Islanders living in the U.S., University of Michigan researchers have found alarmingly high rates of obesity and smoking.  The preliminary findings are being presented today (August 24) at a conference in Los Angeles on health disparities among Native Hawaiians and Pacific Islanders. (Download a PDF copy of the Pacific Islander Health Study Report – 2012 Preliminary Findings.)

“Native Hawaiians and Pacific Islanders are the second fastest growing minority population in the U.S.,” says Sela Panapasa, a researcher at the U-M Institute for Social Research (ISR) and principal investigator of the Pacific Islander Health Study.  “But they are often under-represented in national surveys.”

“This is the first scientific study to assess the health, well-being and healthcare use of two sub-groups of this important population – Samoans and Tongans.  Our hope is that this will lead to the development of evidence-based interventions and policies to improve the health of these groups, and also serve as a model for similar studies of other sub-groups of this population.”

For the study, the research team interviewed a random sample of 239 California households in 2011 and 2012.  Half were Tongans living in the San Mateo area and half were Samoans living in the Los Angeles area.  Trained Samoan and Tongan interviewers collected information on a wide range of health conditions and health behaviors among adults and adolescents in the households.

Among the key preliminary findings: “By identifying the problem areas facing specific Pacific Islander communities, we can finally begin to chart a course to develop interventions that will help to reduce these health disparities and build healthy communities,” says Panapasa.

Funding for the Pacific Islander Health Study was provided by the U.S. Department of Health and Human Services Office of Minority Health, the Asian Pacific Islander American Health Forum and the W. K. Kellogg Foundation.