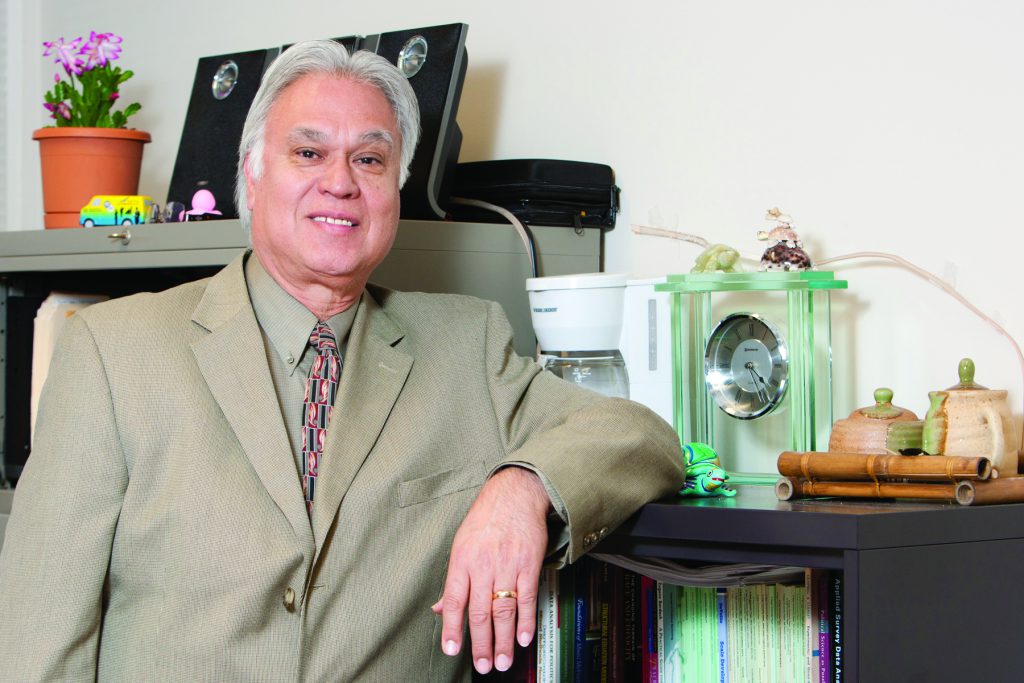 As spring yard sales pop up where snow piles recently sat, you might notice a barrel-chested man with silvery hair and a quick slanting smile expertly evaluating the items on display. He’ll likely be decisive, but ready to stop if an interesting object—or comment—catches his attention. John Garcia, who joined ICPSR last summer as director of the Resource Center for Minority Data, became expert at prowling yard sales during his 38 years as a political scientist at the University of Arizona in Tucson. For Garcia, 66, finding hidden value among other people’s castoffs is both a pleasing process and a source of sudden joy.

It isn’t too much of a stretch to compare Garcia’s agility at treasure picking with his ability to pick and choose among interests to create a rich—if sometimes unconventional—academic life. Garcia is well established as an expert in Latino politics; more broadly, his research looks at the relative access different groups in American society have to resources, power, and influence. But within that genre, Garcia has done everything from mainstream political science research to studies on dental utilization and cervical cancer screening among minority populations. Add to that his interests outside academia—poetry, calligraphy, essay writing, music—and you begin to get a sense of the man.

At ICPSR, Garcia’s diverse skills suit his roles. He is expanding the collection of the Resource Center for Minority Data, in part by calling in favors from his research colleagues; increasing the archive’s visibility, for example, by hosting workshops; and looking for new funding sources. Garcia is also ICPSR’s director of community outreach, a new position created for him. He’s still defining the job, but sees it as a way to cut across divisions to pursue broader goals, such as trying to get community colleges and more diverse institutions to sign up as ICPSR members. “From the organization’s point of view, it’s making use of what I bring to the table,” Garcia says.

Ann Arbor’s yard sales so far haven’t yielded the same riches as Tucson’s. But Garcia is starting to feel settled. Although he spent most of his life in Texas and the Southwest, Garcia has history in Michigan going back to the 1960s; he has friends in Battle Creek, worked as a camp counselor at Interlochen, and came to U-M in 1979 as a visiting associate professor and SRC researcher, the first in a series of university appointments. In a strange sense, Garcia says, moving here was like coming home.