Many U.S. women have children by more than one man 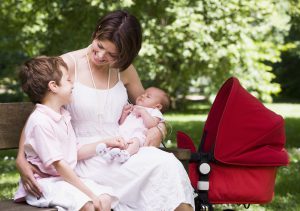 The first national study of the prevalence of multiple partner fertility shows that 28 percent of all U.S. women with two or more children have children by more than one man. The study was presented April 1 in Washington, D.C., at the annual meeting of the Population Association of America.

“I was surprised at the prevalence,” says demographer Cassandra Dorius, a postdoctoral fellow at ISR’s Population Studies Center. “Multiple partner fertility is an important part of contemporary American family life, and a key component to the net of disadvantage that many poor and uneducated women face every day.”

While previous studies have examined how common multiple partner fertility is among younger women, or among women who live in urban areas, the new research by Dorius is the first to assess prevalence among a national sample of U.S. women who have completed their child-bearing years.

For the study, Dorius analyzed data on nearly 4,000 U.S. women who were interviewed more than 20 times over a period of 27 years, as part of the National Longitudinal Survey of Youth.

But she also found that multiple partner fertility is surprisingly common at all levels of income and education and is frequently tied to marriage and divorce rather than just single parenthood.

“I was a year into this project before I realized that my mother was one of these women,” says Dorius. “We tend to think of women with multiple partner fertility as being only poor single women with little education and money, but, in fact, at some point, most were married, and working, and going to school, and doing all the things you’re supposed to do to live the American Dream.”