After 41 years of distinguished service at the University of Michigan, Marvin Parnes has retired. Parnes was Managing Director of the U-M Institute for Social Research, a position he held from 2013 through the end of February.

“With all of ISR, I would like to thank Marvin for his creative leadership and many professional contributions, particularly during the recent transitions at ISR, as well as for his strong personal support and mentoring of colleagues across many areas at U-M,” said ISR Director David Lam. “We will miss him and wish him well on his future endeavors.”

“Marvin has played a role in innumerable important enterprises around the university,” said Richard Nisbett, the Theodore M. Newcomb Distinguished Professor of Psychology at U-M. “He is one of the people who make Michigan what it is — a place where people build cross-cutting institutions and novel academic disciplines. His amiability is matched only by his creativity and ability to make things happen.”

A celebration of his career is planned for April 5 in the Michigan League Ballroom from 3:00 to 6:00 p.m. with remarks at 4:00 p.m. For more information, contact Anna Massey or Jane Ballo. To contribute to an electronic memory book for Marvin, send your favorite stories to Jane Ballo.

Parnes began working at U-M in Student Affairs where he held his first position at Counseling and Psychological Services, followed by serving as Assistant Director of Residence Education in the Housing Division. (See more about this phase of his career in Stories of the Staff.) 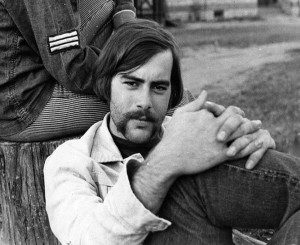 Starting in 1988, Parnes served in a number of roles at the U-M Office of Research (UMOR), then called the Office of the Vice President for Research (OVPR). He was Associate Vice President for Research, Programs & Operations, and Director and Principal Investigator of the Michigan Initiative for Innovation and Entrepreneurship. Parnes also chaired the OVPR Faculty Grants & Awards Committee, and participated in a number of planning and advisory committees and task forces throughout the University.

In alignment with his interest in social equity, he coordinated many U-M efforts to increase the participation of women and underrepresented minorities in research, including providing oversight for over twenty years to the Women in Science and Engineering program, co-founding programs with the Senior Vice Provost for Academic Affairs to hire minority junior faculty, serving on a Committee that fostered collaboration with HBCUs, and being an inaugural recipient of the National Center for Institutional Diversity Exemplary Diversity Engagement and Scholarship Award.

He was a major contributor in developing the organizational and resource infrastructure for the University’s rapidly expanding research program during its period of greatest growth. During his tenure, he shared oversight for infrastructure and administration, research administration, technology transfer, liaison with industry, and day-to-day administration of units reporting to the Vice President for Research. He was very involved in the creation of the Institute for Research on Women and Gender (IRWG), the Program in Complex Systems, the Business Engagement Center (BEC), and the Institute for Research on Labor, Employment, and the Economy (IRLEE), ArtsEngine, and led the development of eResearch. He coordinated seed funding for new scholarly projects and special needs in the research community and worked closely with the university’s executive officers on the role and strategy of the University in regional economic development, resulting in the formation of SPARK, a partnership between universities, government, and businesses to promote innovation in the Ann Arbor area. For many years he very capably represented the U-M in Washington at the National Institutes of Health (NIH), the National Science Foundation (NSF), and other funding organizations and served on multiple review committees and special task forces.

Parnes has served as the Principal Investigator of the Michigan Initiative for Innovation and Entrepreneurship (MIIE), a statewide consortium of public universities promoting regional economic development and entrepreneurism and on many local, regional, and national committees and boards. He is the past Chair and Treasurer of the Ann Arbor Area Chamber of Commerce Board of Directors and served as Chair of the Council on Governmental Relations (COGR), a national association of research universities based in Washington, D.C.

ISR Director Lam has appointed a search committee to assist in the selection of Parnes’s successor.