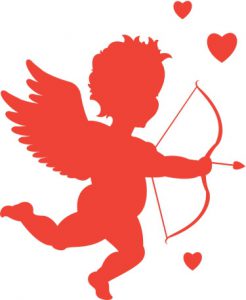 About a third of all people who were single at some point in the last 10 years have used dating websites, and a quarter of those have married or entered long-term relationships.

Perhaps it’s fitting that the first step to unraveling how people screen options, think and act when looking for romance online comes from a marriage of sorts between marketing and sociology.

Fred Feinberg, U-M professor of marketing and statistics, joined Elizabeth Bruch, U-M professor of sociology and complex systems, and Kee Yeun Lee of Hong Kong Polytechnic University to dig through user data from a dating website to reveal what people actually do—not what they say they do—when it comes to romance. Bruch is also affiliated with the Population Studies Center at the U-M Institute for Social Research (ISR).

Their study, “Deal-Makers and Deal-Breakers: A Cognitively Plausible Model of Mate Choice,” extends well-established marketing models to develop a statistical framework others can use to study decision strategies.

Feinberg, Bruch and Lee examined the millions of choices website users made over a period of time—how they search and screen, where they click, and to whom they write (although names and other identifying information of the users were hidden).

Among the big trends they found:

“Marketing is one of the few areas where we’ve had detailed information for a long time on what individuals do,” Feinberg said. “We track individual purchases and habits all the time. We’ve pretty much gotten used to it, and it didn’t hit me that this might be new to sociology until Elizabeth clued me in.”

“The social sciences are very intrigued by big data, but the same statistical models that have been used for survey and administrative data aren’t the right tools for it,” she said. “There’s not a lot in the field that represents the underlying decision process.”

Their framework is flexible and represents the multiple stages of decision-making, with different rules at different stages, and different criteria for browsing versus writing.

The results have both marketing and sociological implications. From a marketing standpoint, it helps websites develop algorithms to better match users with profiles and other information they’d like to see.

For sociology, it’s a new level of nuance into how people approach social strategy that can work outside the online dating world. The way people search for houses on sites like Zillow and for colleges can be analyzed similarly.