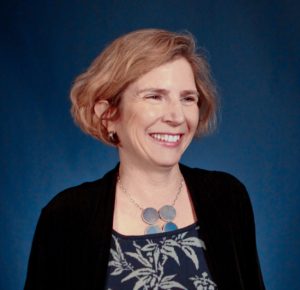 ANN ARBOR—While Margaret Levenstein is the first female director at the Institute of Social Research’s (ISR) Inter-University Consortium for Political and Social Research (ICPSR), she is quick to point out — with a laugh — that she’s also the first economist to take on the role. “Over the last few decades, ISR and ICPSR have become more diverse, as women have taken on important roles in research and in leadership, “ she says. “My becoming director is a reflection of the work that women have been doing in this organization for a very long time. Fifty years ago, women were involved in the founding of ISR, but perhaps weren’t given the titles. We’re seeing the results of the work of generations by women and by men, and a more equitable acknowledgment and integration of women into leadership, at ISR and across social sciences.”

There’s still work to be done, Levenstein acknowledges. She serves as associate chair of the American Economic Association’s Committee on the Status of Women in the Economics Profession, where she sees firsthand opportunities for improvement. But Levenstein believes ISR is helping achieve more equitable results for women in the field. “ISR is committed to research that is the basis for progress toward greater equity for women and other underrepresented groups,” she says. “Because of that work, I think we’re better able to change things. I’m proud that ISR plays that role.”

Her deep passion for the intersection of economics and social issues cemented Levenstein as the ideal candidate for director ICPSR, the world’s largest archive of digital social science data and a leading source of research training and policy. A joint committee composed of ISR faculty and members of the ICPSR Governing Council, who represent the consortium’s 760 members worldwide, chose her after a thorough national search. Levenstein stepped into the new role in July and will hold the position for five years.

“We are thrilled to see Maggie take on this role, and for the strategic vision and excitement she brings with her,” says David Lam, director of ISR. “She will do an outstanding job navigating ICPSR through the ever-changing landscape of data archiving and dissemination, while continuing ICPSR’s tradition of service to the scientific community.” Levenstein says she’s excited about what lies ahead. “For half a century, ICPSR has been  a leader in curating, preserving and disseminating data,” she says. “In the ‘big data’ revolution, ICPSR is positioned to play an even larger role in social and behavioral sciences.”

Levenstein’s vision for ICPSR revolves around building on the institute’s impressive traditions while pursuing new opportunities. ICPSR will continue its efforts to archive and distribute data, as well as to train researchers, graduate students and faculty in statistical methods. Levenstein also wants to dive into new kinds of data, such as naturally occurring or organic data, pulled from social media activity as opposed to formal surveys. “People are generate all kinds of data during the course of their daily lives, and these data are being analyzed by social scientists,” she says. “We need methods to compare the old and new data sets. And we need to develop software and tools, such as those that will allow community curation of naturally occurring data. That’s particularly important for naturally occurring data, which do not come with documentation.  Without that kind of transparency, analyses using naturally occurring data are difficult to replicate.” The new director’s enthusiasm for projects like these is effusive. Before she officially started the job, she and other ICPSR staff created a list of all of their new ideas. “It’s great that the staff and faculty at ICPSR are ready to jump in and work on these exciting new things,” says Levenstein.

In addition to her position at ICPSR, Levenstein is a research professor for ISR’s Survey Research Center (SRC) and an adjunct professor of business economics and public policy in the University of Michigan Stephen M. Ross School of Business. Levenstein first joined the SRC in 2003 as the executive director of the Michigan Census Research Data Center, a joint project with the U.S. Census Bureau. She has taken an active role in the institute over the years, joining the director’s Advisory Committee on Diversity in 2009 and serving as the chair of the Diversity, Equity and Inclusion strategic planning committee and as the liaison to the larger university program.

Levenstein’s own areas of research include recent work using Twitter data to measure economic outcomes, like unemployment or changes in the demand for labor. She also works with ISR’s Health and Retirement Study (HRS), a nationwide survey of Americans over age 50 to better understand health and economics over time. HRS participants provide information about their families, daily activities and retirement plans. But there is limited information about their work lives or their employers.

To better situate respondents within their work context, Levenstein is linking HRS data to the characteristics of respondents’ employers. Her efforts aim to help fill a gap in research; she says the United States has little tradition of studying people in their workplaces, despite their significance. “We spend so much of our waking time at work,” says Levenstein. “It’s important to examine work life not only for its impact on our economic well-being, but also on physical, social and emotional well-being — on our sense of identity and community.”

Levenstein’s other research interests include collusion and cartels, what determines the intensity of competition, and the impact on economic performance. One of her recently published studies examines a new dataset of illegal price-fixing cartels from the early 1960s to 2010s, nearly 50 years of collusion. The study analyzes a number of things, including whether or not cartels are more likely to form during recessions. (They’re not.) In another recent study, she explores the role of vertical relationships in facilitating collusion, the cooperation between producers and distributors, and how that affects competition.

Outside of her work with the ICPSR, Levenstein is a mother of two children, her youngest of whom just graduated high school. “For the first time in many years, I am no longer organizing my life around a school bell schedule,” said Levenstein. “It’s exciting for my daughter and also for me. We will miss the volleyball games and French horn concerts, but we’re looking forward to this next stage of life.”

With her children out of the house, perhaps Levenstein will have more time for her favorite activity: going dancing with her husband on Friday nights. She says it’s for fun, but knowing the new ICPSR director, she might just be scoping out the dance floor for social data.