ANN ARBOR—Provost Martha E. Pollack has named a search committee for the next Director of the University of Michigan Institute for Social Research. 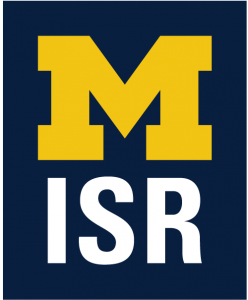 James House, the Angus Campbell Distinguished University Professor of Survey Research, Public Policy & Sociology, emeritus, will chair the committee, which is charged with conducting a broad search and recommending an unranked slate of candidates to replace James S. Jackson, who is leaving his post as ISR Director on June 30, 2015. The committee will present candidates during winter term 2015.

In an email to faculty and staff at ISR, Pollack praised Jackson as “a true champion for social science research and for training the next generation of research scientists.” She noted that during his tenure as ISR Director, sponsored research expenditures have increased by 56 per cent, from $62.5M in FY 2005 to $97.5M in FY 2013. During this period, ISR has also seen the expansion of its scientific portfolio and diversification of funding sponsors, she said, adding that “ISR faculty are engaged in numerous, productive collaborations with units across campus, including the Medical School, the Life Sciences Institute, the School of Education, LSA and more.”

Pollack also praised Jackson’s leadership in the recently completed $29 million building expansion, which has increased ISR’s capacity to support its many large, on-going research programs as well as the educational needs of the UM Program in Survey Methodology.

“In addition,” she wrote, “James Jackson has a deep commitment to diversity and has enhanced the institute’s climate of openness, mutual respect and pride.”