U-M professor elected to the National Academy of Sciences

ANN ARBOR—University of Michigan professor Donald Kinder is among 84 new members and 21 foreign associates named to the National Academy of Sciences this year, the organization announced today. 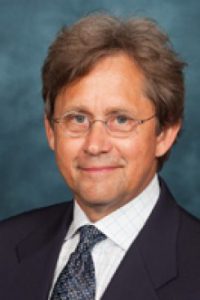 “It is most fitting that Don Kinder’s path-breaking contributions to the study of American politics have been recognized with election to the National Academy of Sciences,” said Interim Provost Paul N. Courant. “His exploration of the sources of division in American politics provides thoughtful and nuanced interpretation of our political behavior and is particularly valuable in understanding the role of identity in contemporary politics.”

“Professor Kinder epitomizes interdisciplinarity — his doctorate is in psychology and his home department is Political Science. He has spent his professional career at the Center for Political Studies in the Institute for Social Research, which has been the academic home of many members of the National Academies,” said Courant, also the Harold T. Shapiro Professor of Public Policy.

Members are elected to the academy in recognition of their distinguished and continuing achievements in original research, and the selection is a widely accepted mark of excellence in science.

Kinder is the Philip E. Converse Distinguished University Professor of Political Science in the College of Literature, Science, and the Arts, a professor of psychology by courtesy and a research scientist in the Center for Political Studies at U-M’s Institute for Social Research.

Today’s announcement brings the total number of National Academy of Science members at U-M to 28, with one foreign associate and one emeritus member. The organization now has 2,290 total active members and 475 foreign associates.