ANN ARBOR — University of Michigan researcher Sela Panapasa is available to discuss the significance of the National Health Interview Survey of Native Hawaiian and Pacific Islander (NHPI) peoples that started this month. 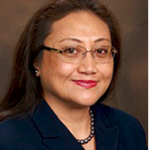 “This is the first time in half a century that the federal government is collecting nationally representative health information from such a large NHPI sample,” says Panapasa, a researcher at the U-M Institute for Social Research and the principal investigator of a pilot survey that identified significant health challenges facing the NHPI population.

NHPI people have always been included in nationally representative surveys.  But the samples have been very small, raising concerns about the confidentiality and generalizability of the responses. To address this issue the NHPI population is typically aggregated into the category of Asian and Pacific Islanders (API), with results reflecting the health of the much larger Asian population which masks the true experiences for NHPIs.

“Putting us in with the Asian population made us look well-educated, wealthy and healthy,” says Panapasa, a native of Fiji.  “That’s my dream – but the reality is that we need good data now to identify the problems our people are facing and to tailor interventions that will work for them.”