U-M study: Will companies drop health coverage because of Obamacare? 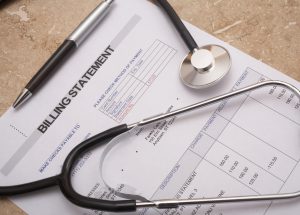 ANN ARBOR—Will 2014 mark the beginning of the end for employer-sponsored health insurance as we know it?

Since the passage of the Affordable Care Act in 2010, policy experts have debated that very question. Thomas Buchmueller, a business economics professor at the University of Michigan’s Ross School, and colleagues looked at theoretical and empirical evidence to put that question in context in a paper published today in the September issue of Health Affairs.

Buchmueller and co-authors Colleen Carey, a postdoctoral fellow in the School of Public Health, and Helen Levy, a professor with the Institute for Social Research and the Ford School of Public Policy, say the models they studied point to a relatively small decline in employer-sponsored coverage as a result of health reform.

That’s despite Obamacare being cited last month as part of the reason United Parcel Service announced that it would end health care coverage for the spouses of white-collar workers who could obtain coverage through their own employers. The move affects 15,000 spouses.

“We need to resist attributing every change in health insurance from here on to Obamacare,” Buchmueller said.

The economic models that they reviewed predict a relatively small decline in employer-sponsored coverage as a result of health reform, which the authors believe are likely to be correct.

The predicted change in employer-sponsored coverage ranges from a 1.8 percent decline to an increase of 2.9 percent.

“The response of employers to health reform is important for several reasons,” Levy said. “First, a reduction in employer coverage could increase federal outlays if more workers receive premium tax credits in the exchanges or enroll in Medicaid.”

Second, if the employers who drop coverage have relatively less healthy workers, this worsens the exchange risk pool, driving up average premiums. And lastly, the ACA was presented to the American public as a reform that would not seriously disrupt existing employer-sponsored coverage, she said.

“To the approximately 160 million Americans who have such coverage and are for the most part quite satisfied with it, large-scale employer dropping of coverage would be an unwelcome surprise,” Levy said.

Carey notes that since the employer penalty for not offering coverage will not take effect until 2015, it may be several years before the true effects of these policies become evident.

The authors say that a shift away from employer-sponsored coverage may not be all bad. A better functioning individual health insurance market has the potential to improve labor market efficiency by reducing job-lock, eliminating a barrier to entrepreneurship and making it easier for workers to find a job and an insurance plan that matches their preferences.

“If the shift from employer-sponsored insurance to individual coverage is greater than projected, these labor market gains may be significant,” Carey said.