U-M Survey: As use of wind power grows in Michigan, so does its support 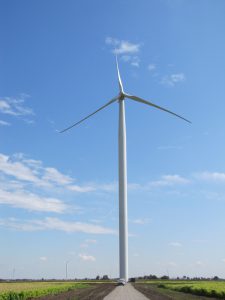 ANN ARBOR—As Michigan nears its own deadline to generate 10 percent of the state’s electricity from renewable sources by 2015 – and considers going further – a new report from the University of Michigan finds strong support among local government leaders for expanding the use of wind power.

In fact, this support is highest in places that already have experience with utility-scale turbines, despite some concerns about potential local government and citizen opposition due to the nearly 500-foot tall machines.

In jurisdictions where wind energy has been a topic of discussion, the survey asked local government leaders if they support or oppose the placement of new turbines of any size in their own jurisdiction, and found:

“We were surprised by the particularly high levels of support in jurisdictions where large turbines are already spinning. These findings might allay some of the concerns about further expanding the use of wind power in Michigan,” said Sarah Mills, a doctoral student and policy analyst at the U-M Ford School’s Center for Local, State, and Urban Policy (CLOSUP), which conducted the survey as part of the Michigan Public Policy Survey program.

Many states (29) nationwide have enacted renewable portfolio standards that force electric utilities to increase the proportion of their electricity coming from renewable sources, such as wind power. In Michigan, the Clean, Renewable, and Efficient Energy Act (Public Act 295 of 2008) established the state’s mandate for next year’s deadline.

The study, conducted from Oct. 7 to Dec. 17, 2013, involved surveys sent via hardcopy and the Internet to top elected and appointed officials in all municipalities in Michigan. A total of 1,353 jurisdictions returned valid surveys, resulting in a 73 percent response rate. The survey had a margin of error of 1.4 percentage points. View or download the full report at http://bit.ly/1mfzwqA.

Mills is the winner of the 2012 Robert and Judy Marans/Kan and Lillian Chen Fellowship in Sustainability and Survey Methodology, awarded by ISR and the U-M Graham Sustainability Institute.