ANN ARBOR—Black History Month, celebrated every February, highlights the experiences and honors the achievements of Black Americans throughout history. Poverty Solutions at the University of Michigan highlights key data from its research that relates to Black Michiganders.

The percentage of Black Detroiters who were wearing masks early in the pandemic (March-April 2020). A representative survey from U-M’s Detroit Metro Area Communities Study demonstrates that Black Detroit residents adopted these safety measures earlier than other groups. While 59% of Black residents were wearing masks at that point in the pandemic, only 38% of white residents and 35% of Latino residents were doing so. This difference was no longer apparent by early May 2020, when widespread mask use was more common among all ethnoracial groups. 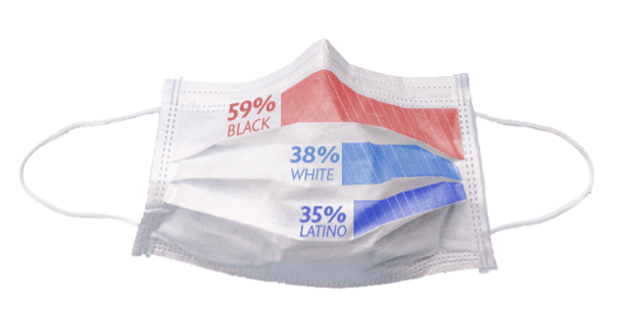 Percentage of Detroit residents who voted yes on Proposal R in support of Detroit City Council creating a reparations taskforce “to make recommendations for housing and economic development programs that address historical discrimination against the Black community in Detroit” in the city’s November 2021 election.

The proposal stemmed from the work of Lauren Hood, the community fellow for a research project led by U-M’s Center for Social Solutions with support from Poverty Solutions and other university departments. The project, “Crafting Democratic Futures: Situating Colleges and Universities in Community-based Reparations Solutions,” will build on institutional and community-based partnerships to explore localized reparations solutions for African American and some Native American communities across the country. 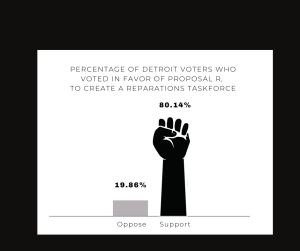 The estimated number of Black American fugitives from slavery who found safe haven in Canada before 1865. By the mid-1830s, the Detroit River was the busiest transit point for freedom-seekers along the entire Canada-U.S. border. David Porter, Poverty Solutions faculty affiliate and professor of English and comparative literature at U-M, helped launch the Detroit River Story Lab to support narrative infrastructure projects along the Detroit River corridor. They use the term “narrative infrastructure” to refer to the fabric of shared stories that binds a community together. Investing in narrative infrastructure consequently entails elevating and celebrating community stories—especially those traditionally marginalized—and supporting projects that incorporate them into how people understand places and form attachments to them.

The Detroit River Story Lab focuses on three overlapping components of narrative infrastructure: place-based education, community heritage and nonprofit journalism. In each of these areas, the researchers work alongside partner organizations to help gather, contextualize and share out river-related stories in ways that align with community priorities and activate riverside locations as sites of connection, stewardship and healing.

The average number of land contracts or memorandums of contract filed each year with the Wayne County Register of Deeds between 2009-2017, according to Poverty Solutions faculty affiliate Joshua Akers, associate professor of geography and urban studies at UM-Dearborn, and colleague Eric Seymour at Rutgers University.

In the wake of the Great Recession, land contracts have reemerged in Detroit and across the country as a prominent alternative pathway to homeownership for households with limited access to capital and lending. A form of seller financing, a land contract is a legal agreement in which a buyer purchases a home through installment payments made directly to a seller; the buyer does not gain equity in the house until the contract is paid in full. Historically, land contracts have carried high interest rates, yielded high rates of eviction, and property owners have used them to exploit Black communities, in part because federal regulations and mortgage lenders excluded Black people from traditional lending opportunities throughout much of the 20th century.

However, some mission-driven organizations in Detroit and Southeast Michigan—including nonprofits, community development organizations and other community development practitioners—have employed an alternative type of land contact. These organizations use land contracts as a community development tool that provides credit-constrained buyers a viable alternative pathway to homeownership, with fair sales prices, clear terms and conditions, and supports for buyers. In a 2021 brief on the use of land contracts in Detroit, Poverty Solutions senior strategic projects manager Karen Kling and Evelyn Zwiebach, state and local policy director for Enterprise Community Partners, draw from an extensive literature review and qualitative data collected through interviews and survey research to outline best practices, interventions and key common-sense reforms that would make land contracts a safer and more effective homeownership tool. 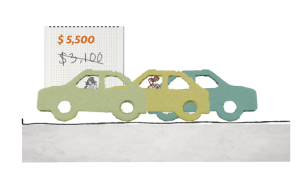 Michigan’s new auto insurance law took effect in July 2020. Between 2019 and 2020, average estimated rates fell by 18% statewide, the steepest decline of anywhere in the country over that time period. Despite this dramatic fall, Michigan’s auto insurance rates remain among the highest in the nation. In Detroit, in particular, the average rate remains twice as high as the statewide average, according to analysis by Poverty Solutions summarized in the December 2021 policy brief “Building on Michigan’s auto insurance reform law.” While these data are preliminary and rates may drop more dramatically in the next year, it appears the new law does not go far enough to protect nonwhite and low-income people from being discriminated against in the insurance market.

To address persistent racial disparities in auto insurance rates, Poverty Solutions researchers Amanda Nothaft and Patrick Cooney recommend more regulation of the factors used to set rates by establishing mandatory driving-related factors that must carry a certain weight in the calculation. The 2019 reform prohibited the use of certain nondriving factors, but insurance companies can still use proxies for those factors—like “territories” instead of ZIP code and insurance scores that include a credit score component—that reinforce insurance redlining.