ANN ARBOR – COVID-19 is affecting relationships between people, nation-states, and regions around the world, including the one between the United States and China. Mary Gallagher, the Amy and Alan Lowenstein Professor of Democracy, Democratization, and Human Rights, director of the Chinese studies program, professor of political science, and Research Associate Professor at the Center for Political Studies at the U-M Institute for Social Research, discusses the influence COVID-19 has had on Sino-American economic, political, and global relations.

Can you give us a sense of the economic scale COVID-19 has already had on China? 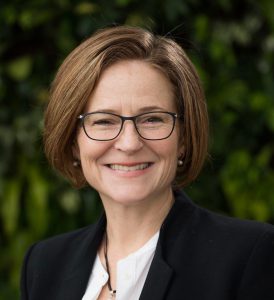 Mary Gallagher: The effect has been massive. It’s shut down the economy for over a month, and then there are also the quarantines, the social distancing, people not going to work, and factories being closed.

It was probably better than it could have been because it occurred during Chinese New Year when factories and workplaces would have been shut down anyway. Now the problem is that as China starts to recover, its major trading partners are dealing with the peak – or maybe not even the peak – of their own epidemics. And so the Chinese economy is going to really be severely affected by this for the whole entire year.

How will COVID-19 affect our trade relationship with China?

MG: Even before COVID-19, some people in the United States government put forward a policy that the United States should become less dependent on China, should diversify supply chains, and move some types of production outside China entirely in order to protect intellectual property. I think COVID-19 will only make support for that direction stronger. You see it now in discussions that the pharmaceutical supply chain is too dependent on China. There’s also concern about national security and competition, which the Trump administration cares a lot about. But there’s also, I think, more of a realization among business people that the disruption of supply chains can be catastrophic for their industry, and not just in sensitive areas. I suspect it will expedite the feeling that you don’t want to have all of your eggs in the China basket, that you want to have some of them elsewhere.

If COVID-19 remains a heightened concern through the summer, what effect would that have on seasonal economic events in the United States, like back-to-school shopping or holiday shopping—things like that?

MG: I have the sense that it could accelerate trends that are already happening. More people will shop online, more people will go to Amazon as opposed to retail stores, that sort of thing. I think that would help China get back on track. It’s now clear that COVID-19’s effects will continue into the summer in the United States and Europe. If China is already back online in terms of production, then we could see an even bigger shift toward online shopping and an accelerated transition to online life in other areas. It could also mean a quantum leap in telecommuting and online education.

In China, there’s an annual seasonal downturn because of Chinese New Year. It was relatively early this year, but it can sometimes be later—into February. From there, there’s a ramp up in production until the early fall into the winter holidays. This year that will be disrupted for sure. China’s central government is now trying to reopen the economy and get the population back to work. However, there are growing concerns about a second wave related to international travel, so for now, China and many other East Asian economies are restricting travel from the outside, which will have an impact on the economy.

Do you think that COVID-19 will exacerbate the recent political and trade tensions between the U.S. and China?

MG: I think this is an area where we’ll see greater competition between them. The two governments and their leaders are making very important and interesting comparisons, and I think their citizens are too: What is the best approach to manage these types of major catastrophes? The Chinese government performed poorly at the beginning, with a local cover-up and an initial slowness to respond to the crisis. Unfortunately, we see some of the mistakes, such as slowness in response, failure to test, and poor coordination, also being repeated here.

There’s also a lot of collaboration going on among scientists, which is a very positive sign. Initially in January when COVID-19 was first found in Wuhan, Chinese scientists made it available to the global scientific community so that they could work on decoding its genomic structure. So that kind of collaboration is really important, but it seems like leadership in the United States and in China, sees COVID-19 as an opportunity to demonstrate to the world whose model is better. Right now, neither model looks up to the task.

This article was originally published April 6th, 2020, by LSA News.