Data collection enables deeper understanding of transgender people in US

ANN ARBOR – What was life like for a transgender person in the US in the summer of 2015? Vogue calls 2015 “the year of trans visibility,” noting media attention for celebrities Caitlin Jenner, Jazz Jennings, Laverne Cox, and others. But what is life like for transgender people outside the spotlight? 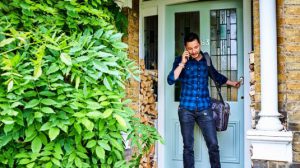 The 2015 USTS, conducted by the National Center for Transgender Equality, includes data collected from nearly 30,000 respondents nationwide. The final sample included respondents from all fifty states, the District of Columbia, American Samoa, Guam, Puerto Rico, and US military bases overseas.

There is vast potential for data users to build on the work of the survey, said ICPSR Project Manager David Thomas. “Many questions in the 2015 USTS were modeled after questions used in federal surveys, allowing for comparisons between the 2015 USTS sample and the US population as a whole. This was important for demonstrating the disparities faced by transgender people in the US across a number of areas, such as in unemployment, poverty, and health,” according to the National Center for Transgender Equality. One area in particular is experiences of racial/ethnic sub-populations within the transgender community.

The data are archived at the Resource Center for Minority Data at ICPSR, a center in the University of Michigan Institute for Social Research.