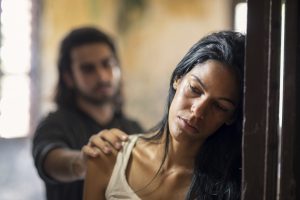 ANN ARBOR—Global attitudes about domestic violence have changed dramatically since 2000, according to a new University of Michigan study that analyzes data from 26 low- and middle-income countries.

Nigeria had the largest change, with 65 percent of men and 52 percent of women rejecting domestic violence in 2008, compared with 48 percent and 33 percent, respectively, in 2003.

In the study, published in the current issue of the American Sociological Review, U-M researcher Rachael Pierotti analyzes data on hundreds of thousands of people collected in Demographic and Health Surveys funded by USAID.  Half of the countries surveyed are in sub-Saharan Africa.

“In many countries, men were even more likely to reject violence than women were,” says Pierotti, a graduate student in sociology.

Data on male attitudes was available in 15 of the countries Pierotti studied.  Men were more likely than women to reject domestic violence in Benin, Ethiopia, Ghana, Indonesia, Madagascar, Malawi, Nigeria, Rwanda, Tanzania, Uganda, and Zambia. (Download excel files detailing changing attitudes in all the nations studied: click here for trends in women’s attitudes, and here for trends in men’s attitudes.)

The survey questions about attitudes toward domestic violence differed slightly from one country to another.  But the most common form was as follows:

“Sometimes a husband is annoyed or angered by things which his wife does.  In your opinion, is a husband justified in hitting or beating his wife:

In general, Pierotti found that people were most likely to say that violence was justified if a wife neglected the children and least likely to consider it justifiable if a wife burned the food.

In a few countries, attitudes among both men and women changed in the wrong direction.  In Madagascar and Indonesia, for example, the percentage rejecting domestic violence decreased during the period studied.

Pierotti found that attitudes about the use of domestic violence changed significantly among all age groups.  “Often it’s the case that social change starts with younger people,” she says.  “But in this case, people of all ages became more rejecting of domestic violence.”

“The global spread of ideas about women’s rights and the increasing international attention to the problem of violence against women may be contributing to the striking change in attitudes about this issue,” says Pierotti.  “But more research will be needed in order to confirm if this is really the reason.”