ANN ARBOR—Are you feeling angst and frustrated about politics—just counting the days until Election Day? You’re certainly not alone.

The contentious political environment has created “election anxiety” among many voters nationwide, leading to broken relationships among family and friends, sniping on social media, and anger. 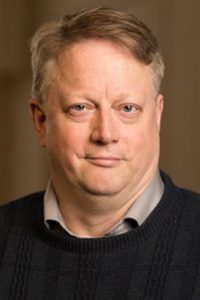 With fewer than two weeks until ballots are actually counted, University of Michigan psychologist David Dunning says people should step away from these stressful moments to find ways to relax.

In his research, Dunning showed that people hold flattering opinions of their competence, character and prospects that cannot be justified from objective evidence—a phenomenon that carries many implications for health, education, the workplace and economic exchange.

How would you assess society’s collective stress? Is it at an all-time high?

I don’t know if society’s stress is at an all-time high. After all, we did have to live through the Great Depression and World War II. This is a new type of stress so I can imagine that people are dealing with a lot of new things they’ve never been challenged by before, such as the pandemic during an important presidential election.

What techniques can someone use to relax during tense political moments?

One thing we must always do is be respectful of one another. If we’re dealing with people who disagree with us, don’t shame or lecture them. Instead, calmly discuss and explain your position. I like to remind people to avoid those who are argumentative or who are set in their ways.

What is the best way to handle situations in which we know a friend or relative holds opposing views? Is avoidance the solution?

If you’re going to interact with someone who disagrees with you, do not immediately dismiss their opinion. Acknowledge it and be respectful. You often can identify reasons why a person would think in a certain way, and then gently mention that you see it differently. We’re all struggling to reach the right answer—and what the right answer is we may not know it yet.

Do you expect voting apathy to occur among people who can’t cope with stress?

In the long run, people do burn out. That’s a real phenomenon, but there are also ways to deal with stress, such as simply walking away from conversations. It’s good to take breaks to disengage entirely so that you don’t end up being the type of individual who turns away permanently. You don’t want to do that, especially when it comes to civil life and what we’re going to do as a country.

Another idea is not to follow politics for 10 hours a day even though it’s important. Take breaks or participate in fun activities that make you feel proud. Reading something not involving politics is also helpful. In the end, challenges come up and you can’t predict when they’re going to happen. You can’t predict when they’re going to end, but in the long term they all end. Today is real, but it’s only today. Sooner or later, tomorrow is going to be more normal. That’s just the history that generations have seen for a long, long time.