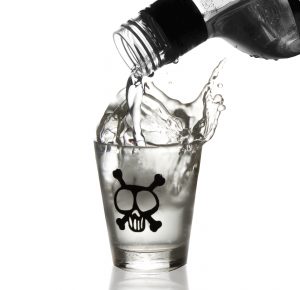 ANN ARBOR—Mixing energy drinks with alcohol is riskier than just drinking alcohol alone, according to a new study that examines the impact of a growing trend among young adults.

Published in the current issue of the Journal of Adolescent Health, the study was conducted by Megan Patrick of the University of Michigan Institute for Social Research and Jennifer Maggs of Penn State University.

“We found that college students tended to drink more heavily and become more intoxicated on days they used both energy drinks and alcohol, compared to days they only used alcohol,” said Patrick, lead author of the study.

While the U.S. no longer permits manufacturers to premix high-caffeine products with alcohol, mixed drinks such as vodka Red Bulls and Jäger bombs, made by dropping a shot of Jägermeister liquor into a glass of Red Bull, are becoming increasingly popular.

According to the researchers, the public health implications include not only physical risks to individuals from blacking out and alcohol poisoning, for example, but also exposing the community to dangerous situations in which young adults may be “wide awake drunk” after a night of partying.

Patrick and Maggs analyzed data on 652 college students over a period of four semesters. During four two-week periods, the students answered questions every day about their consumption of energy drinks and alcohol, and about any negative consequences they experienced as a result—from having a hangover to getting into trouble.

The study was funded by the National Institute on Alcohol Abuse and Alcoholism and conducted under NIAAA grant numbers R21AA021426 and R01AA016016.