Extreme binge drinking: How common is it among high school seniors? 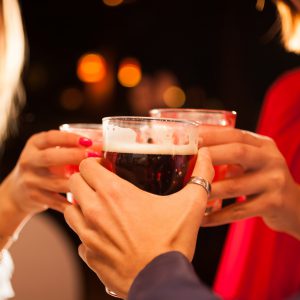 The study is based on data from a nationally representative sample of more than 16,000 high school seniors, surveyed between 2005 and 2011 as part of the annual Monitoring the Future Study conducted by the U-M Institute for Social Research (ISR).

The study is important because it provides insight into seemingly conflicting trends:  that reported levels of binge drinking – traditionally defined as having five or more drinks in a row – have been declining among adolescents, although medical emergencies involving teen alcohol use have not.

“During the last two weeks,” the survey questions asked, “how many times (if any) have you had five [10, 15] or more drinks in a row?”  A drink was defined as any of the following:  a 12-ounce can or bottle of beer; a 4-ounce glass of wine; a 12-ounce bottle or can of wine cooler; or a mixed drink, shot glass of liquor, or the equivalent.

Co-authors of the study were John Schulenberg, Meghan Martz, Patrick O’Malley and Lloyd Johnston at the U-M and Jennifer Maggs at Pennsylvania State University.