ANN ARBOR—Every winter, many Americans file their federal income taxes, calculate their tax refund, and imagine the many things they can spend it on. Will they go out for a nice dinner? Make some home repairs they’ve been putting off? Spruce up their spring wardrobe?

For a long time, economists have been puzzled by these behaviors surrounding tax refunds.

First, the refunds themselves are puzzling because most people could lower the amount withheld from their payroll to avoid getting a tax refund, and instead spend that money throughout the year. Given that the government pays no interest on the overwithholding that produces a refund, why lend to the government for free?

Second, the spending of tax refunds is puzzling because if a person kept liquid savings low throughout the year in order to get a tax refund, why would he or she want to spend a lot of the refund as soon as it arrives? What’s the advantage of waiting to spend that money? 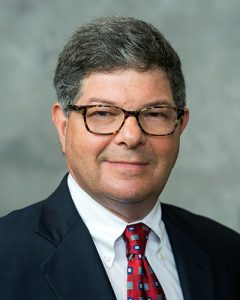 As Matthew Shapiro, professor of economics at the University of Michigan, explains, the behavior around income tax withholding and refunds represents an important example of a more general tendency of many households, including those with higher incomes. That tendency is to maintain low liquid asset balances and to adjust their spending a lot in response to short-term fluctuations in income.

In the context of tax refunds, Shapiro said, “Households choose to reduce their liquid assets by making interest-free loans to the government in the form of overwithholding, and then rapidly spend a high fraction of the loan repayments when they receive them in the form of tax refunds.”

In a new study, Shapiro and co-authors theorize that people may wisely choose to get refunds because it helps them avoid the penalties for not withholding enough. That same theory, which reflects the fact that some sources of income are quite volatile, predicts that refunds will tend to arrive when a household’s available cash is low. The theory thereby makes accounts for both the tendency to get tax refunds and the tendency to spend them when they arrive.

The research by Shapiro, Michael Gelman of Claremont McKenna College, Shachar Kariv of the University of California, Berkeley, and Dan Silverman of Arizona State University, evaluates the theory with data from the bank and credit card records of hundreds of thousands users over four years.

The study finds that the average final tax settlement, the amount paid or refunded when the household files its tax return, is a $1,700 refund. Given the various sources of income and their variability in the data, the theory put forth by Shapiro and his co-authors can match this average refund level exactly. The data also provide evidence consistent with the basic mechanisms of the model, which point to the importance of the share of total income that is received via paycheck, and the volatility of that income.

“This new research reveals the incentives many people have to receive tax refunds, and to spend them rapidly when they arrive,” Shapiro said. “Many households are getting it right. These behaviors may not be as puzzling as we once thought them to be.”