Passing of James Jackson, a giant in ISR and the social sciences

I am very sorry to pass along the news that after a long and heroic battle with pancreatic cancer, James Jackson passed away peacefully on Sept. 1, 2020. With him at his side were his wife Toni Antonucci, Elizabeth M. Douvan Collegiate Professor of Psychology and Research Professor, Survey Research Center, and daughters Ariana and Kendra. 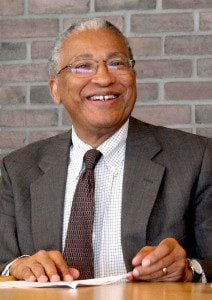 James was the Daniel Katz Distinguished University Professor Emeritus of Psychology and Research Professor Emeritus, Research Center for Group Dynamics. James was my predecessor as ISR director, serving from 2005 to 2015, and played an instrumental role in the life of ISR over his long and illustrious career. He was a giant in the social sciences, producing a steady stream of pathbreaking research and training generations of social science researchers.

Born in 1944, James, a proud native of Inkster, Michigan, was the first in his family to go to college, receiving his PhD in Psychology from Wayne State University in 1972. James had a distinguished career making important contributions to research and teaching. You can learn more about James’ life and career from this 2014 conversation between James and Alan Kraut, Director Emeritus of the Association for Psychological Science.

James’ pioneering National Survey of Black Americans, begun in ISR in 1977, has generated a wide range of influential research. The Program for Research on Black Americans, which he founded at ISR in 1976, has been an important center for research and training, producing a leading group of scholars. His academic contributions have earned him numerous distinctions, including election to the National Academy of Medicine, National Academy of Sciences, and the American Academy of Arts and Sciences.

Past faculty and alumni from PRBA gathered in June of 2016 to celebrate the program’s 40th reunion.

James provided enormous service to the university by serving on search committees for the provost, the athletic director, and various deans and directors, and serving on executive committees of many units, including LS&A, the International Institute, and the Board in Control of Intercollegiate Athletics. From the outset of his career, James combined these academic service positions with a commitment to local community activities, advising groups such as the Maxey Boys Training School, the Highland Park School District, and the Metro Youth Program. The commitment to service that James showed early in his career only intensified as he became one of the country’s leading social psychologists. 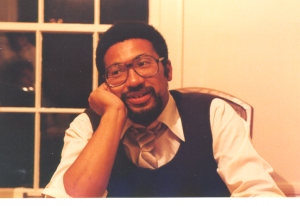 James’ leadership roles spanned not only the social sciences, but also in health, medicine, and science. One of the most notable is his appointment by President Obama to the National Science Board of the National Science Foundation, which advises Congress and the president on national science and engineering policy. He has served on numerous advisory committees in the National Institutes of Health, including the advisory committee to the NIH director. In addition, he served on the NIH National Advisory Council on Minority Health and Health Disparities (since 2017); the NSF National Science Board (2014-2020); he was Chair of the NRC Standing Committee on Integrating New Behavioral Health Measures into the Substance Abuse and Mental Health Services Administration’s Data Collection Programs, NASEM (2014-2016); President of the Consortium of Social Science Associations (2013-2015); Member, NIH Advisory Committee to the Director (2009-2012); 2015 Recipient of the Warren E. Miller Award for Meritorious Service to the Social Sciences the Inter-University Consortium for Political and Social Research (ICPSR); 2017 recipient of the inaugural U-M President’s Award for National and State Leadership; and 2019 recipient of the APA Distinguished Scientific Award for the Applications of Psychology. He was awarded the University of Michigan’s Inaugural Distinguished Diversity Scholar Career Award in 2017, an award that now bears his name: The James S. Jackson Distinguished Career Award for Diversity Scholarship.

A memorial service will be held sometime in the future. Although your kind wishes are what matters most to the family, if anyone would like to make a contribution, the family requests that, in lieu of flowers, donations be made in James’ memory to the James S. Jackson Emerging Scholars Fund. To speak with someone at the ISR Office of Development, please contact Halla at hnjomaa@umich.edu.

James personified exceptional leadership. We were honored to work alongside him at ISR. He will be dearly missed, as his impact continues onward. Our condolences go out to our colleague Toni and the family.