ANN ARBOR – Sarah Burgard will become director of the Population Studies Center (PSC) for a five-year term beginning July 1, 2020. Sarah is a research professor in PSC, a faculty associate in the Survey Research Center, and a professor in three different U-M departments— Sociology, Epidemiology, and the Ford School of Public Policy. Sarah will take over from Jeff Morenoff, who is completing his term as PSC director on June 30. 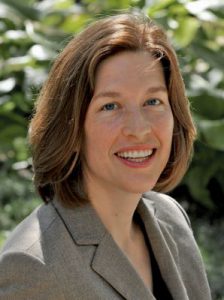 Sarah brings an exemplary record of research accomplishments, public service, and mentorship to this position. Sarah served as the Director of Graduate Studies in the Department of Sociology from 2013 to 2019, as Co-director of PSC’s Postdoctoral program from 2009 to 2014, and as a member of the Board of Directors of the Population Association of America from 2015 to 2018. In 2019, Sarah was awarded the Interdisciplinary Association for Population Health Science Mentoring Award and the John Dewey Award for long term commitment to undergraduate education from U-M’s College of Literature, Science, and Arts.

Through her research on health equity, Sarah seeks to understand how systems of social, economic and political stratification impact the health of people and populations. In addition to her extensive published research, Sarah’s commitment to reducing inequality has also been evident during her very successful tenure as ISR’s Diversity, Equity and Inclusion (DEI) Implementation Lead from 2016 to 2019 and as search committee chair for ISR’s new Director of DEI.

The Population Studies Center has a long and rich history as an interdisciplinary community of scholars in population research and training, recognized as one of the leading population centers in the world. Sarah brings an impressive set of skills to the position of PSC director.