Smart enough to know better: Intelligence is not a remedy for racism 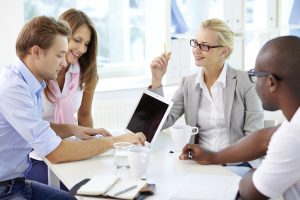 ANN ARBOR—Smart people are just as racist as their less intelligent peers, according to a University of Michigan study.  They’re just better at concealing their prejudice.

For the study, Wodtke analyzed data on the racial attitudes of more than 20,000 white respondents from the nationally representative General Social Survey.  He examined how their cognitive ability, as measured by a widely used test of verbal intelligence, was linked with their attitudes about Blacks, and about different policies designed to redress racial segregation and discrimination.

Respondents were about 47 years old at the time of the interview, on average, and had completed 12.9 years of education.  They correctly answered an average of about six of the 10 cognitive ability test questions correctly.

“The principle-policy paradox is much more pronounced among high-ability whites than among low-ability whites,” says Wodtke, who is affiliated with the Population Studies Center at the U-M Institute for Social Research (ISR).  “There’s a disconnect between the attitudes intelligent whites support in principle and their attitudes toward policies designed to realize racial equality in practice.

“Intelligent whites give more enlightened responses than less intelligent whites to questions about their attitudes, but their responses to questions about actual policies aimed at redressing racial discrimination are far less enlightened.  For example, although nearly all whites with advanced cognitive abilities say that ‘whites have no right to segregate their neighborhoods,’ nearly half of this group remains content to allow prejudicial real estate practices to continue unencumbered by open housing laws.”

According to Wodtke, the broader implication of this study is that racism and prejudice don’t simply come about as a result of low mental capacities or deficiencies in socialization. Rather, they result from the need of dominant groups to legitimize and protect their privileged social position within an intergroup conflict over resources.

“More intelligent members of the dominant group are just better at legitimizing and protecting their privileged position than less intelligent members,” he says. “In modern America, where blacks are mobilized to challenge racial inequality, this means that intelligent whites say (and may in fact truly believe) all the right things about racial equality in principle, but they just don’t actually do anything that would eliminate the privileges to which they have become accustomed. In many cases, they have become so accustomed to these privileges that they become ‘invisible,’ and any effort to point these privileges out or to eliminate them strikes intelligent whites as a grave injustice!