The coffee klatch: How neighborhood establishments might be important to public health

ANN ARBOR—Gathering over a $1 cup of coffee at a fast-food restaurant or over a donut at the local bakery or even chatting with a hairstylist—all of these are examples of how people socialize outside of the home.

Places that provide opportunities for this kind of socialization may support health and well-being through entertainment, support, protection and care, says University of Michigan postdoctoral researcher Jessica Finlay.

But since the recession of 2008, many of these establishments have closed. In a recent paper published in the journal Health & Place, Finlay and colleagues call for more research to be done into how their closure may impact public health.

Researchers call these spots “third places,” sites outside the home or work that serve vital and life-saving roles in communities. Libraries, police stations, community centers and churches opened as emergency warming centers during the 2019 polar vortex. Coffee shops and cafes, bars, barbershops, bowling alleys and laundromats serve as other affordable places for people to meet. 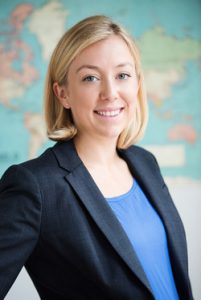 “We often pay attention to places like parks and libraries as being sites important to the well-being of individuals and community, but even retail stores can be important to the livelihood of older adults,” said Finlay, a fellow at the Institute for Social Research’s Survey Research Center and lead author of the paper. “If you think historically, tracing all the way back to plazas where people gathered thousands of years ago up to present-day sites, these are usually fairly ordinary, affordable places that could impact someone’s overall sense of wellness.”

To get a sense of how significantly the recession impacted these third places, Finlay and her fellow researchers combed the National Establishment Time-Series, a database that provides annual records of the U.S. economy. The database provides detailed information for more than 60 million private for-profit and nonprofit establishments, as well as government agencies, from 1990 to 2015.

“Not everyone wants to go to a senior center or a community center for social interaction. Third spaces provide opportunities for social engagement, informal social support, and shelter from heat waves or cold spells, all for the cost of a cup of coffee,” said senior author Philippa Clarke, a professor of epidemiology in the School of Public Health and research professor at the SRC. “The potential loss of these places may have direct consequences for health and isolation among the more vulnerable members of society.”

Finlay points to an example from her own research: A coffee shop where she observed the baristas calculating the monthly tab of an elderly woman so she could pay when able to use her welfare checks. The staff also checked with her about her dental appointments and other activities.

“The baristas were really checking up with this isolated and vulnerable older woman on a near-daily basis, providing an anchor for her life,” Finlay said. “It’s important that we do something about these closures, to keep some of these sites alive. I have a suspicion that a lot of these closures might be concentrated in marginalized communities, with potentially devastating effects on local residents.”

Important research questions to consider include whether quality of life in a neighborhood is affected by the availability and accessibility of third places; which communities are most affected by third place turnover; and where third place closures and openings are geographically concentrated over time, among many other considerations.

Finlay’s co-authors include Michael Esposito, postdoctoral research fellow at the Survey Research Center at ISR; Min Hee Kim, a postdoctoral scholar at the University of California, San Francisco; Iris Gomez-Lopez, a geoinformatics data analyst at the SRC; and Phillipa Clarke, a research professor at the SRC.