ANN ARBOR – In their newsletter, the U-M Office of Federal Relations feature U-M faculty members who volunteer their personal time in service to the nation. These engaged scholars serve on Federal Advisory Committees (FACs), Intergovernmental Personnel Agreements (IPAs), or on National Academy committees. These faculty and staff live out U-M’s mission to serve the state, nation, and world by applying their knowledge and expertise to help shape and inform national policy. 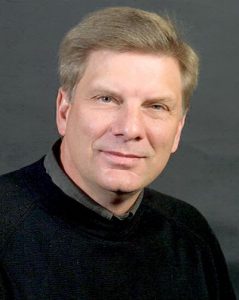 What agency/advisory committee did you serve on, how did you get appointed, and what was your term of service?
Over the course of my career I have served on a number of Federal Advisory Committees (FACs), scientific advisory panels and ad hoc scientific review boards. Most recently, I have completed two four-year terms (2012-2020) on the Bureau of Labor Statistics Technical Advisory Committee (BLSTAC). Prior to that I was a member of the EPA FIFRA Scientific Advisory Panel from 2002-2010, serving as Chair of the FIFRA SAP from 2005-2010. From 2000-2012 I also served as a member of approximately 8 ad hoc panels of the EPA Scientific Advisory Board as well as shorter term advisory committees for the USDA.

Currently, I remain active as a member of the Statistics Canada Methodological Advisory Committee and serve on a committee for the National Academies of Science, Engineering and Medicine (NASEM).

I cannot recall exactly how I was first nominated for service on these major U.S. government FACs and panels. I believe it began with more minor service as a reviewer for scientific and technical reports produced by the EPA and DHHS. That led to invitations to participate in ad hoc scientific committees and reviews and eventually to nominations and permanent appointments to FACs such as the FIFRA SAP or BLSTAC.

Within most major Federal advisory panels and committees there is a high demand for individuals with statistical expertise that can span multiple disciplines. Combining this quantitative expertise with a scientific interest in the substantive nature of the committee or panel work makes an individual a strong candidate for appointment to one of these Federal advisory roles.

What was your role and/or a specific issue that you worked on?
Across the various advisory committees that I have served on my primary role has been to use my training and experience to provide guidance on statistical issues related to the design, data collection, data management and analysis methods employed by Federal agencies in their major statistical programs or to critically review scientific protocols and reports submitted to Federal Agencies in support of major policy or administrative decisions they must routinely make. As a statistician serving on such panels I was truly a jack of many trades but likely master of none. In my personal experience, the topics taken up ranged from optimal economic models for the consumer price index (BLSTAC) to whether prions can be classified as living organisms (EPA FIFRA SAP). Fortunately, these same panels and committees also include leading scientists with specific expertise on the topics in question.

Service as the Chair of a federal panel or committee brings additional responsibilities. In that role, you must use your expertise to help guide the scientific proceedings but more importantly you must ensure that the question is addressed fully and transparently, that the voices of all panel members and stakeholders are heard and that the final reports and recommendations coming out of a session represent the best available science.

How did you learn about this opportunity and what factors made you decide to serve on a FAC?
As noted above, I generally learned of the opportunity to serve on a new committee, panel or ad hoc review body when I received a request from agency personnel to permit my name to be submitted in nomination for appointment as a member. I believe the same is often true for my ISR and University of Michigan colleagues who have served in similar roles. This suggests that within the Federal system that some nominees are identified based on networks (prior experience on a Committee, agency familiarity with nominee’s expertise, professional network requests for nominations) but the nomination process is designed to also be open to new candidates. Opportunities to serve on Federal committees, panels and boards are announced in the Federal Register and faculty interested in service on one of these advisory bodies should not be shy about submitting their own name in nomination or requesting their mentor or colleague to submit their name in nomination.

What was the time commitment to serving on the committee? Was your experience on the committee what you expected? Please explain.
Depending on the committee and the role, the time commitment is highly variable. During my service on the BLSTAC, the committee met semi-annually (spring and fall). Meetings were held in-person at BLS headquarters in Washington D.C. and lasted 1 or at most two days (including travel). Each meeting began with an update from the BLS Commissioner and then moved to presentations by teams of BLS staff members on 3-4 methodological topics that had been previously identified for review by the committee. All committee members reviewed the background material for each of these presentations and two members were assigned to conduct an in-depth review and discussion on each topic. All told, including preparation and meeting time, the commitment to BLSTAC was the equivalent of 6-8 days each year.

How did your research experience and expertise bring value to the committee?
My career as a statistician with a primary appointment at the Institute for Social Research (ISR) has allowed me to work across many scientific disciplines and a wide variety of projects–many with unique statistical challenges. The multi-disciplinary experience gained during over 40 years working with ISR and other University of Michigan researchers transferred well to the statistical advice and problem solving activities of the Federal committees and panels that I have served on.

Would you recommend that your colleagues seek out similar opportunities? How do you think this experience will strengthen your career or ability to be successful in the future?
I am approaching retirement and although I still continue to serve as a member of U.S. and Canadian federal advisory committees and panels, I am encouraging younger colleagues to become actively involved. For example, my ISR colleague, Brady West, is now serving his first four-year term on the BLSTAC. Although service on Federal committees is a time commitment, it acquaints faculty members with the Federal system, its agency personal and the practical scientific and, in my case, statistical challenges that Federal agencies face on a day-to-day basis.

Given what you learned during your time on the FAC, is there anything else you’d like to share with faculty and others in the research community at U-M?
From the academic perspective, the tendency is to view membership on a Federal committee or panel as a “service” activity much like an assignment to an NSF or NIH study group or ad hoc review panel. I have found that the participation on a Federal advisory committee or panel is a different experience than serving as a grant reviewer. Both roles are important in the broader fields of science but the scientific questions addressed by the former tend to have more immediacy and often lead directly to the formation of policy or to an administrative action. Participation in both types of service provides a faculty member the opportunity to not only observe the future of their discipline but also to engage in guiding important decision making and investments by Federal agencies.