ANN ARBOR—Heather Ann Thompson and Geneviève Zubrzycki, professors at the University of Michigan College of Literature, Science, and the Arts, are among 184 writers, scholars, artists and scientists awarded 2021 fellowships by the John Simon Guggenheim Memorial Foundation.

Thompson, professor of Afroamerican and African studies, history, and the Residential College, and research affiliate at the Population Studies Center, and Zubrzycki, professor of sociology, were chosen among nearly 3,000 applicants based on prior achievement and exceptional promise.

The prestigious fellowship allows recipients to pursue a project for six to 12 months, without conditions, in natural sciences, social sciences, humanities and the creative arts.

“I am delighted to hear this wonderful news about Heather Ann Thompson and Geneviève Zubrzycki,” said LSA Dean Anne Curzan. “They are both extraordinary scholars, and their research is making a real difference as we work to address pressing social issues, from the level of the state to the national and global. I am grateful for the rich contributions they are making to liberal arts research and to the educational mission of LSA.” 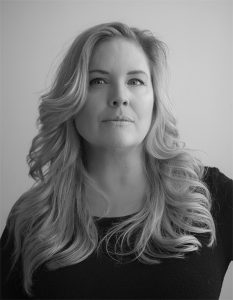 Thompson writes extensively on the history of policing, mass incarceration and the current criminal justice system for many media outlets and publications.

“I am beyond honored to receive this fellowship, and so deeply grateful for this opportunity to finally devote my time fully to recovering and writing the long history of the 1985 police bombing of MOVE in Philadelphia,” Thompson said. “That event has so very much to tell us about right now.”

Thompson is the Pulitzer Prize and Bancroft Prize-winning author of “Blood in the Water: The Attica Prison Uprising of 1971 and its Legacy.” “Blood in the Water” also won the Ridenhour Book Prize, J. Willard Hurst Prize and a book prize from the New York City Bar Association. In addition, it was a finalist for the National Book Award, LA Times Book Award and Cundill Prize in History, and it received a rarely given Honorable Mention for the Silver Gavel Award from the American Bar Association.

She also wrote the book “Whose Detroit: Politics, Labor, and Race in a Modern American City in 2001,” which was republished in 2017 on the occasion of the 50th anniversary of the Detroit Rebellion of 1967. She was appointed to the National Academy of Sciences blue-ribbon panel that studied the causes and consequences of mass incarceration in the U.S. and currently serves on its standing Committee on Law and Justice.

Thompson has served as well on myriad policy and advisory boards, including as an adviser on the widely acclaimed States of Incarceration project, Art for Justice Fund, Prison Policy Initiative and Alliance of Families for Justice. She is also co-founder of the Carceral State Project, with its Documenting Criminalization and Confinement research initiative, at U-M. 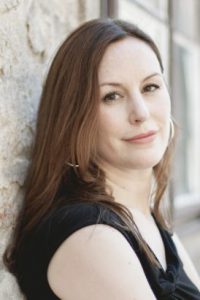 Zubrzycki is a comparative-historical and cultural sociologist who studies national identity and religion, collective memory and national mythology, and the contested place of religious symbols in the public sphere.

“I’m truly honored and gratified for this recognition of my work,” she said. “I plan to use the fellowship to complete my new book on nationalism and the Jewish revival in Poland, a project I’ve been tending for the last 10 years. Scholarly work is often a lonely quest, so these flashes of recognition are invaluable to be able to keep pushing forward.

“I’m grateful to the Guggenheim Foundation for providing me with much-needed time and for having something to celebrate at the end of what has been a tough year for everyone.”

Her first book, the award-winning “The Crosses of Auschwitz: Nationalism and Religion in Post-Communist Poland,” analyzed the reconfiguration of the relationship between Polishness and Catholicism after the fall of communism. It does so by examining Poles’ and Jews’ conflicting memories of World War II, and the international conflict over the presence of Christian symbols at Auschwitz-Birkenau.

Another book, “Beheading the Saint: Nationalism, Religion and Secularism in Quebec,” analyzes the discursive, ritual and visual genesis of a Catholic French-Canadian ethnic identity in the 19th century, and its transformation into a secular Québécois national identity in the second half of the 20th century.

Zubrzycki extends her analysis to the present, looking at the role of Québécois nationalism in recent debates over immigration, the place of religious symbols in the public sphere, and the politics of cultural heritage—issues that also offer insight on similar debates elsewhere in the world. The book received three national and international awards and was translated into French and Polish.

Created in 1925, the foundation has granted nearly $400 million in fellowships to more than 18,000 individuals.

“I am thrilled to announce this new group of Guggenheim Fellows,” Edward Hirsch, president of the foundation, said in a statement. “Especially since this has been a devastating year in so many ways. A Guggenheim Fellowship has always been meaningful, but this year we know it will be a lifeline for many of the new Fellows at a time of great hardship, a survival tool as well as a creative one.”