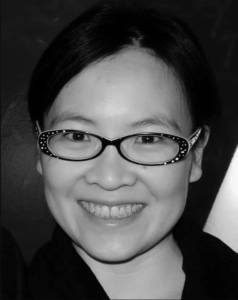 ANN ARBOR—Yuen Yuen Ang, a University of Michigan associate professor in political science, is among 31 recipients of the Andrew Carnegie Fellowship.

The fellowship carries a $200,000 stipend, making it possible for recipients to devote up to two years to significant research and writing.

“I am thrilled and honored to receive the Andrew Carnegie Fellowship,” Ang said. “I’m especially grateful to Nancy Burns, chair of the political science department, for tirelessly pushing me not to give up on this project, which had been rejected several times.”

Ang’s project proposes to study economic development from an unconventional perspective: how new markets emerge in poor, weak states despite constraints or by turning constraints into strengths—rather than by first achieving good governance in first-world forms.

“More simply put, I want to unearth and tell stories of how people under adverse conditions creatively survive and even thrive,” Ang said. “There is a conspicuous lack of these stories in existing narratives and theories of global development. My project shifts the agency of poverty eradication from how the rich can save the poor to how the poor can and do, in many cases, save themselves.

“Winning this award gives me the necessary resources and recognition to execute this ​unconventional ​project.”​

Ang wrote “How China Escaped the Poverty Trap,” which won the 2017 Peter Katzenstein Book Prize and was named “Best Books of 2017” by Foreign Affairs. The fellowship will be used to conduct research on how markets emerge under adverse conditions in three low-income, weak countries: Nigeria, India and Afghanistan. The final product will be a book that reveals “unlikely successes” in the developing world.

U-M President Mark Schlissel said Ang’s research has led to innovative perspectives on complex global issues, including government, poverty and the relationship between democracy and development.

I​n his nomination letter, Schlissel noted that Ang’s first book is “bold (some say ‘audacious’), confident, and creative,” and that her Carnegie project will take the ideas she developed in ​that​ book from China to other parts of the world, enabling her “​to continue to change the field and the global policy discussion.”​

“Her ability to integrate big data in analyses of nonlinear, adaptive processes is challenging conventional wisdom and leading to remarkable new levels of understanding,” Schlissel said. “I am pleased to congratulate Dr. Ang on earning this prestigious Andrew Carnegie Fellowship. At U-M, we have been focusing on encouraging faculty engagement with the public, and I applaud her ongoing efforts to use her expertise to increase knowledge and awareness through op-eds published worldwide.”

Ken Kollman, director of the Center for Political Studies and professor of political science, said Ang is conducting novel research into the conditions shaping how societies develop from being poor to being middle income and even relatively wealthy on the world stage.

“She is building on her innovative work on corruption in the developing world,” Kollman said. “Her interests are in learning the combination of factors that lead to improved well-being for ordinary people as well as those that lead to stalemate, endemic corruption and no improvements in or worsening conditions for people. Her research has practical implications for decision-makers in many parts of the world.”

The Andrew Carnegie Fellows Program supports high-caliber scholarship and research that applies fresh perspectives from the humanities and social sciences to some of the most pressing issues of our times. The topics focus on a broad range of complex political, economic, technological, humanistic and sociological matters.

The fellowship program was created in 2015 by Carnegie Corporation of New York, the philanthropic foundation established by Andrew Carnegie in 1911.

U-M researchers John Ciorciari, associate professor of public policy and director of the International Policy Center at the Ford School of Public Policy, and Arthur Lupia, professor of political science, earned fellowships in 2015.

This year, nominators submitted a total of 270 nominations, which were evaluated based on the following criteria: originality, promise and quality of the proposal; its potential impact on the field; the nominee’s qualifications; and plans to communicate findings to a broad audience.