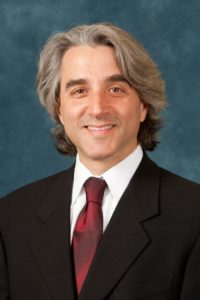 ANN ARBOR—The National Science Foundation has selected University of Michigan researcher Arthur Lupia to serve as the head of its Directorate for Social, Behavioral, and Economic Sciences.

The Directorate for Social, Behavioral, and Economic Sciences, or SBE, supports fundamental research in behavioral, cognitive, social and economic sciences.

Lupia has more than 25 years of leadership and management experience in the social sciences community. Since 2006, he has served as the Hal R. Varian Collegiate Professor of Political Science at U-M, and holds an appointment as a research professor in the Center for Political Studies in the Institute of Social Research.

He serves concurrently as chairman of the board for the Center for Open Science and as the chair of the National Academies Roundtable on the Communication and Use of Social and Behavioral Sciences. Lupia has also held leadership positions in numerous professional societies.

“The social sciences have made a profound contribution to the efficiency of markets, organ donations, and the safety of the skies and our inner cities. Dr. Lupia’s outstanding ability as a communicator will be instrumental to making the value of the social sciences widely understood.”

SBE provides about 68 percent of federal funding for social, behavioral and economic sciences basic research at academic institutions. The directorate serves the nation by supporting discoveries at the leading edge of science, including cognitive science, decision-making, learning and more. SBE also houses the National Center for Science and Engineering Statistics that provides mission-critical information about science and engineering in the U.S. and in the world.

Further, SBE has supported 55 of the economists (more than 67 percent) who have received the Sveriges Riksbank Prize in Economic Sciences in Memory of Alfred Nobel since it was first awarded in 1969, improving our understanding of the U.S. economy’s processes and institutions.

“NSF’s social, behavioral, and economic sciences programs support work that makes people safer and improves their quality of life,” Lupia said. “I look forward to contributing to an agency that fills a critical national need by funding basic social science research. From detecting reading problems before they become evident to enhancing eyewitness procedures to ensure a greater degree of accuracy in the justice system, SBE impacts every aspect of society.”

Lupia’s research draws from mathematics, statistics and the neurosciences to clarify how people can make better decisions in a range of adverse circumstances. His work on science communication and civic education has influenced scholarly practice, policymakers and classroom teaching around the world.

He authored or co-authored six books and more than 90 scholarly articles, and he has made more than 500 professional presentations.

Lupia has won numerous awards and honors, including a Carnegie fellowship, Guggenheim fellowship and the National Academy of Science’s Award for Initiatives in Research, as well as numerous recognitions for his scholarship, teaching and public service.

Lupia has a bachelor’s degree in economics from the University of Rochester and master’s and doctoral degrees in social science from the California Institute of Technology.