The University of Michigan has been awarded two $5 million grants through The Andrew W. Mellon Foundation’s Just Futures Initiative competition. The grants, led by professors Stephanie Fryberg and Earl Lewis, will fund projects that focus on addressing racial inequity.

Fryberg, a University Diversity and Social Transformation Professor and professor of psychology, and Lewis, the Thomas C. Holt Distinguished University Professor of History, Afroamerican and African Studies and Public Policy, and director of the Center for Social Solutions, will receive the funding to be used over the next three years.

The Mellon Foundation awarded more than $72 million in grants for 16 humanities, arts, and humanities-inflected social sciences projects across the country, the organization announced Jan. 13.

The foundation said the initiative was designed to support “visionary, unconventional, experimental, and groundbreaking projects in order to address the long-existing fault lines of racism, inequality, and injustice that tear at the fabric of democracy and civil society.”

“We’re proud to have these exceptional scholars on our campus,” Provost Susan M. Collins said. “These unprecedented awards recognize the outstanding humanities research that is happening at U-M, supported by a robust ecosystem, as well as the ingenuity of our scholars.

“They also reflect the excellent support provided by humanities leadership in the Provost’s Office, the U-M Humanities Collaboratory, the Humanities Institute, U-M Office of Research, and the Office of University Development, as well as the College of Literature, Science, and the Arts, throughout the application process.

“We are especially pleased that these projects will amplify and be supported by our broader campus-wide initiatives to enhance research and scholarship on anti-racism, equity, and social justice.”

In collaboration with IllumiNative, the Center for Native American Youth at Aspen Institute and the Native Organizers Alliance, Fryberg will develop the Research for Indigenous Social Action and Equity Center, with the help of the Just Futures grant. The new center’s university collaborations include Harvard, Brown and Stanford universities and the University of California, Berkeley.

The center’s mission will be to: 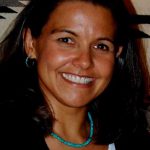 “Indigenous people and Indigenous issues are largely omitted from contemporary narratives and public consciousness,” Fryberg said. “This pervasive invisibility creates a void that is easily filled with harmful myths and misconceptions that draw on negative stereotypes and fail to portray Indigenous peoples’ contemporary lived experiences or full humanity.”

The first center of its kind, RISE will initially develop online, as part of efforts to dedensify U-M’s campus due to COVID-19. Eventually there will be a dedicated space on campus where Indigenous students and others can meet. 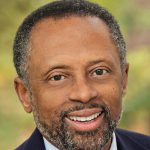 The policies and initiatives that are produced, which Lewis intends to be related to workforce development, entrepreneurship, homeownership, education and infrastructure, will stem from the deep exploration of local histories, municipal support, and meaningful community engagement.

“There has been a turn of events in the United States in the last four or five years,” said Lewis, who also is a professor of history, and Afroamerican and African studies in LSA, and professor of public policy in the Gerald R. Ford School of Public Policy.

“Instead of waiting for the federal government to actually come up with a solution, communities themselves have begun to mount efforts to look at community-based solutions. We’ve moved from what was for the last 30-plus years deemed to be only a federal solution, to something that is grassroots and local.”