ANN ARBOR—Despite the harsh winter, consumer confidence has remained essentially unchanged since December, according to the Thomson Reuters/University of Michigan Surveys of Consumers.

“While the weather has kept consumers away from retail outlets, it has not had a detrimental impact on their outlook for future economic conditions,” said U-M economist Richard Curtin, director of the surveys. “Consumers have displayed remarkable resilience in the face of the polar vortex as well as higher utility bills and minimal employment gains. View and download the chart and table (Excel files).

“This reaction stands in sharp contrast to the instability in confidence associated with the government shutdown and policy stalemates in the past few years. Without another self-inflicted (Washington, D.C.) shock in the off-year election, consumers are prepared to renew the pace of spending in the months ahead, with an overall gain of 2.6 percent in 2014.”

The weather has had the greatest impact on those over age 65, largely due to the higher cost of utilities, according to Curtin. It had the least net impact on those under age 35, as the winter weather was offset by gains in income and employment.

While upper-income and older consumers have been helped by gains in home and stock values, younger consumers, who suffered most in the aftermath of the Great Recession, finally expect their situation to improve. While spending will slow from the very positive rate of growth in the last half of 2013, renewed growth can be anticipated in the months ahead.

The high cost of home heating has had a negative impact on the financial situation of consumers, especially among those over age 65. When consumers were asked about their financial prospects for the year ahead, positive views were reported by those with incomes in the upper third due to gains in home and stock values. More surprising, consumers under age 35 expected an annual gain in their household’s income of 5 percent, the highest rate reported since 2006. This was well ahead of the 0.4 percent gain expected by all other age groups.

While the weather made trips to the store more difficult, the data suggest that purchases were postponed rather than canceled. Vehicle buying was diminished by middle-income consumers who reported fewer price discounts. Low interest rates rather than low prices are now the main appeal for most consumers. Home buying and selling attitudes remained largely unchanged, with low mortgage rates dominating low prices as the main attraction.

The Sentiment Index was 81.6 in the February 2014 survey, largely unchanged from 81.2 in January and 82.5 in December. The year-to-year gain was due to how consumers evaluated future economic prospects, while the harsh winter reduced evaluations of current economic conditions. The Expectations Index was 72.7 in February, up from 71.2 last month and 70.2 last year. 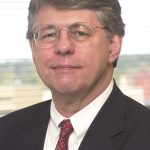