ANN ARBOR – In more than a decade of work on diverse projects in the African nation of Mozambique, University of Michigan researcher Dean Yang sees a common theme: The importance of social connections in attitudes and actions affecting lives and livelihoods.

That work has included improving agricultural productivity through a fertilizer pilot program and reducing HIV/AIDS through community-level interactions. The newest work involves boosting social distancing in an effort to lessen the spread of COVID-19. He and his team have received approval from the Mozambican government to begin that project in collaboration with the country’s health ministry. 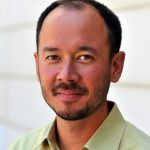 Yang, a professor in U-M’s Department of Economics and Ford School of Public Policy, and Research Professor at the Population Studies Center, discusses his work, its importance in Mozambique and why it matters to the world.

Can you describe your latest research project?

What we plan to do in the short term is call 2,000 households across 76 communities in Central Mozambique—that’s a fairly well representative of a large swath of the population. We have numbers collected from prior surveys. One objective is just to collect information on knowledge, beliefs and behaviors regarding the coronavirus.

Our collaborator there is a physician in Mozambique with whom we have been collaborating on HIV research and who is leading the government’s response to COVID in the central region. The first objective is to collect information that’s useful for her. But we also want to do some good and to contribute to knowledge in the context of the COVID response.

The other thing we want to do is try different messaging approaches to get people to do more social distancing. We’re collecting endorsements of social distancing from leaders and prominent people in local communities and sharing that endorsement over the phone. We’re implementing that as a randomized controlled trial: Some will be getting that message, some will not. Then, we’ll be testing it by asking people two weeks later to see if the message had any impact. We’re relying on self-reports and others in communities to see if the respondents observed social distancing.

Another objective is to test two different ways of improving people’s knowledge about COVID, such as understanding how it’s transmitted and what the symptoms are. Some people are going to be getting monetary incentives for achieving higher scores on the questions. We will see whether the promise of payments related will encourage people to collect and retain more information about COVID. Some people will get feedback on the quality of the response they gave and we can see if that affects their retention.

How is the project being funded?

We have received $100,000 across three different sources:

What should people know about Mozambique?

It’s one of the world’s poorest countries. It tends to rank near the bottom of international indicators of per capita income and human well-being. A lot of that stems from the fact there was a civil war that only ended in the 1990s. It was long and destructive—they really were lost decades. It only started down a development path after the civil war. Since then, it’s actually been doing well—not perfectly, but pretty well from a growth standpoint: Poverty has been falling, development has been positive. Because it started so late, it’s still one of the poorest countries, with a low level of government resources in such areas as health and education, and a high reliance on foreign aid.

I think the prospects for the country are bright in the longer term. It’s right smack against South Africa, the economic engine of the continent. It has a relatively long coastline, with access to international trade. It has very good ports and it’s well-positioned geographically. It also has quite a good complement of natural resources and productive soil. I think it’s a good place for donors to be working.

You started in Mozambique in 2007 with a project designed to improve agricultural productivity, a “green revolution” that involved seeds, fertilizer and microfinancing. Then you moved into improving outcomes in the fight against HIV/AIDS, work which is ongoing. Now, it’s COVID-19. Do you see a common thread in your projects?

One theme is the importance of people’s social connections: How they affect their decision-making in a lot of areas that are important for their well-being. One of the big benefits of providing subsidies or green fertilizer and improved seeds was people’s social networks got to observe other people using the tech and started using it without subsidies. Then, with the HIV work, we saw that fear of social stigma discouraged people from getting HIV testing. So it turns out it’s really important to alleviate people’s opinions about stigmas if you want to get them tested and stay on treatment. That’s another way in which social connections come to the fore. Now, with the COVID work, we’re trying to accelerate change in social norms so more people accept social distancing.

What do you say to make these efforts matter to and resonate with Americans?

Certainly I think we should care to the extent that we have humanitarian concerns about people. This is a crisis: a huge global negative shock. People in African countries and other developing countries are going to suffer so much more than folks in the developed world. At least we have the resources to do the best job we can. In sub-Saharan Africa, there is a really stark shortage of resources to mount anything like an effective public health response—even if there is the desire to do so.

When it comes to our collaborators in Mozambique, what they really need are resources, such as personal protective equipment and masks, so health personnel can deal with the health crisis safely. Ventilators have been in short supply and the pandemic is ramping up in Africa.

Beyond the humanitarian concerns, there is a self-interested standpoint: Wherever there is a reservoir of this disease, because of global travel it’s something that will make its way to the U.S. We can never be fully safe unless it’s gone everywhere. It’s important to understand ways in which people’s knowledge, beliefs and behaviors over time in a low-resourced environment like Mozambique, where there is very little data at the moment about how effective any policy approach is to fighting COVID.