Marijuana use is rising, ecstasy use is beginning to rise, and alcohol use is de 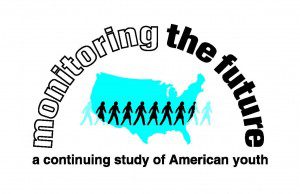 clining among U.S. teens, according to the 2010 Monitoring the Future Study of a nationally representative sample of American teens. The ISR survey also found that smoking – which had been declining since the mid-1990s – showed signs of increasing among younger teens.

Since its inception in 1975, the survey has been funded under a series of research grants from the National Institute on Drug Abuse, one of the National Institutes of Health. In 2010, more than 46,000 8th, 10th, and 12th graders, enrolled in nearly 400 secondary public and private schools, participated in the study.

According to Lloyd Johnston, the study’s principal investigator, smoking behavior among younger teens is particularly important because it is predictive of their smoking behavior as they become older teens and young adults. “Smoking is a habit that tends to stay with people for a long time, leading to ongoing differences between different graduating classes of students that persist into adulthood,” he said.

“Scientists call it a cohort effect, and it occurs largely because cigarette smoking is so addictive.”

Peak smoking levels among teens were reached around 1996 among 8th and 10th graders and in 1997 among 12th graders. In the five or six years immediately following those peak levels, smoking among teens fell sharply. This likely was due in large part to increased public attention to the issue as well as to sharply rising prices, caused in part by new state sales taxes on cigarettes.

“These are extremely important changes that will carry very substantial consequences for the health and longevity of this generation of young Americans,” states Johnston. “But there are still significant proportions of teens putting themselves at risk for a host of serious diseases and a premature death because they are taking up cigarette smoking.”

Smoking in the 30 days prior to the survey was reported by 7%, 14%, and 19% of 8th, 10th, and 12th graders, respectively. Rates of daily smoking during the past 30 days are 3%, 7%, and 11% in the three grades, respectively. And based on the experience of previous 12th-grade classes, quite a number of the lighter smokers will become daily smokers after they leave high school.

Read more about the findings at http://www.monitoringthefuture.org.