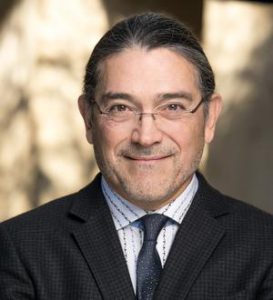 The Senate voted to confirm Robert Santos as Director of the U.S. Census Bureau on November 4, 2021. Santos is a former Director of Survey Operations at the Survey Research Center (SRC) at the Institute for Social Research and will be the first Latino to lead the Census Bureau.

Santos began his statistical career studying mathematics at community college and received his BA in the subject from Trinity University in San Antonio. He then earned his master’s degree from the University of Michigan Statistics Department in the mid-1970s. During that time, he assisted in the development of samples for the National Survey of Black Americans and the National Chicano Survey in the Sampling Section at the Survey Research Center.

Santos returned to the SRC to serve as the first Director of Division of Surveys and Technologies, a role he held from 1987-1995. Santos continued to other executive-level leadership positions at NORC and AAPOR, and then the Urban Institute in Washington, DC, where he served as VP and Chief Methodologist for over two decades. He is expected to be sworn in to his new role on January 1, 2022.

“I understand the importance of data quality and the Census Bureau’s role in providing data that nurtures our democracy, informs our people and promotes our great economy,” Santos said during a July hearing on his nomination.