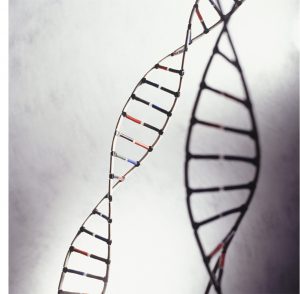 ANN ARBOR, Mich.—The University of Michigan Health and Retirement Study, a 20-year nationwide survey of the health, economic, and social status of older Americans conducted by the U-M Institute for Social Research (ISR), has added genetic information from 12,500 consenting participants to the online genetics database of the National Institutes of Health (NIH).

The genetic data were posted today to dbGAP, the database of Genotypes and Phenotypes, an online genetic database developed by the NIH.

“This step marks an important milestone in the expansion of traditional social science research to include biometric and biological data, including genetic material,” says ISR Director James Jackson.

The Health and Retirement Study (HRS) genetic data, now available for analysis by qualified researchers, are comprised of approximately 2.5 million genetic markers from each person, obtained from saliva samples.  Specific information on the data can be found at http://www.ncbi.nlm.nih.gov/projects/gap/cgi-bin/study.cgi?study_id=phs000428.v1.p1 and http://hrsonline.isr.umich.edu.

“The addition of genetic data provides a major new dimension for the study and is expected to result in much deeper insights into how we age,” said National Institute on Aging (NIA) Director Richard J. Hodes. “With detailed information on genetic background, combined with the wealth of data on important aspects of the lives of older people, researchers will be better able to describe the spectrum of behavioral and environmental risk factors for disease and disability as well as those that may protect our health.”

Data from a total of 20,000 HRS participants are expected to be posted to the database by the end of 2013, enabling genome-wide association studies (GWAS) to be conducted. The GWAS technology will allow researchers to conduct studies of survivorship, longevity and genetic determinants of aging, along with studies of complex disease traits, physiological measures and functions, biomarkers and physical performance. The longitudinal design of the HRS greatly enhances the power to detect genetic effects and to study determinants of age-dependent changes in health and function.

“When the Health and Retirement Study (HRS) began collecting DNA in 2006, it was with a firm belief that measuring genetic variation at the population level would someday help to galvanize the integration of social and biological sciences,” says David Weir, Director of the HRS and principal investigator of the genotyping projects funded under the American Reinvestment and Recovery Act.  “Now technological advances in genotyping, the vision of the National Institute on Aging in supporting the first-of-its kind nationally representative population study of genetics, and the collaboration of leading geneticists at U-M have made this integration a reality.”

“Aging is one of life’s biggest mysteries – what speeds it up or slows it down? The HRS finally brings together two separate research worlds into a single large, deep longitudinal study,” says U-M geneticist Sharon Kardia.   “Now we can finally study how a person’s genes interact with their social situation, life choices, and beliefs about the world.” Launched in 1992, the HRS today follows more than 35,000 people over the age of 50. It collects data every two years, from pre-retirement to advanced age, during extensive interviews with participants, who are asked detailed questions about their health, economic status, social factors, cognitive ability and life circumstances. The interviews also include a set of physical performance tests, body measurements, blood and saliva samples and a psychosocial questionnaire.

“Adding genetic data to this longitudinal study has the potential to revolutionize behavioral and social research,” says Richard Suzman, Ph. D., director of the National Institute on Aging Division of Behavioral and Social Research and a co-founder of the study. “The new genetics information will be the largest nationally representative sample in NIH’s genetic database.”

The NIA renewed its support of the HRS in December 2011. The cooperative agreement between the NIA and the University of Michigan was extended for six years. Funding for the current fiscal year is $13.3 million; funding for the entire renewal period may total about $82 million. The Social Security Administration, which has been a longstanding supporter of the HRS, provided $4.2 million in fiscal year 2011.

“The HRS has also served as the model for similar studies in more than 30 other countries, leading to cross-national comparisons of the health and well-being of older people,” Suzman noted. “Comparative analyses with global counterparts have led to several surprising discoveries about how older Americans are doing. This information is increasingly significant for national leaders and policy makers as the world’s older population continues to grow.”

The HRS has helped spur the development of a global community of researchers sharing ideas and collaborating on analyses. Data from the HRS and its sister studies have attracted thousands of new researchers to studying aging, generating more than 2,000 peer-reviewed articles, book chapters, dissertations and working papers.